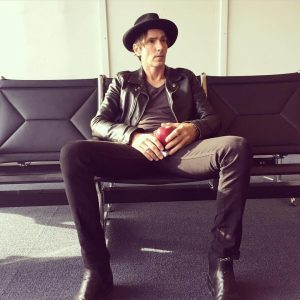 The band Walking Papers issued their debut album in 2012 independently. The band featured singer/guitarist Jeff Angell, drummer Barrett Martin (Screaming Trees) and Angell’s cohort keyboardist Benjamin Anderson. Angell and Anderson have a long musical history as they both worked in their other band The Missionary Position which was an underground cult rock act also fronted by Angell.

Angell, who has been a staple in Seattle music scene for decades, has also worked with his other act Post Stardom Depression which has released music in years past.  Post Stardom Depression issued their debut in 2000 and their last effort Prime Time Looks Like Amateur Night was issued in 2005. After the band folded, Angell along with Anderson and drummer Michael Alex formed The Missionary Position. The group encompassed the worlds of pop, hard rock, alternative rock and blues molding them into one unique sound. 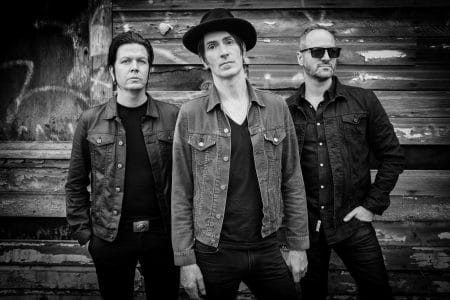 Walking Papers recorded their ‘self-titled’ debut album as a trio but elected to add bass guitar to the ‘live’ incarnation of the band. Enter bassist Duff McKagan (Guns N’ Roses, Velvet Revolver, Loaded) who fit into the role perfectly. Walking Papers recut the debut album to include bass track from McKagan and they hit the road in support of the re-issued version of the album by Loud & Proud Records. Walking Papers found themselves playing on the side stage of the ‘Uproar Festival’ sponsored by Rockstar Energy Drinks in the summer of 2013 and continued to tour Europe then thereafter.

“We have a new Walking Papers album done and ready to go. I hope it gets released at some point; but with Guns N’ Roses reuniting, Duff needs to do that right now. We all want the record to come out but we just need to find the proper time.” I’m doing Staticland because I want to make music,” adds Angell. 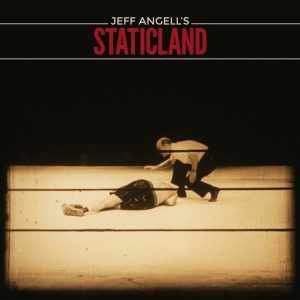 “I was signed by the label to release new music, not The Missionary Position or Walking Papers — solo music. I said to the label when you say ‘solo’ music, you do Ben (Anderson) and I, right?” says Angell of his latest creation. “It’s a band. I added the ‘Jeff Angell’ before Staticland at the label’s urging because I’ve established myself as an artist from the years touring with Walking Papers,” he adds.

And about the album cover which depicts a boxer in the center of the ring who by all intents and purposes looks to be ‘down for the count?’ “I used to date a girl that used to love to thrift store shopping. So I would go into the ‘old man’s junk’ departments and I got into collecting all these (projector) movies and you could buy a whole stack of them next to nothing. When we were doing the photo shoot for the album we had some of images projected on us. Some of them were pretty cool. They’re so old that they are public domain. We came across that picture. It was like is he down for the count or is he getting back up? Life might had given you a beating sometimes but that doesn’t necessarily mean that he won’t get back up.”