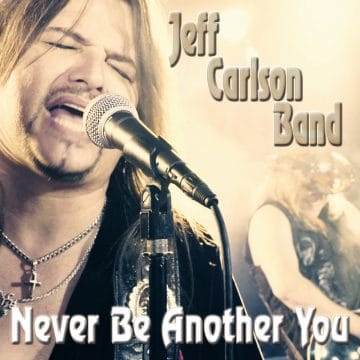 The Jeff Carlson Band has released a power ballad single titled “Never Be Another You.”

“Jeff Carlson Band — a three piece rock band out of Las Vegas, Nevada that is definitely on the rise.

Newly signed to Potomac Records, Jeff Carlson released his first single “Never Be Another You” out  on March 20th, 2018. Jeff writes from the heart, and creates music that people can relate to, collaborating with long-time friend and bandmates Robbie Wolfe (lead guitar and harmony vocals), Kyle Kelli (drums), as well as long-time producer, Brett Hansen from Audio Arts in Las Vegas, Nevada. Together, they create music from the heart with vibe and soul. Check your calendars soon for Jeff’s upcoming new release of two singles “So Long” and “Promise The Moon”, with the new video of “So Long” out soon!”

Jeff Carlson Band‘s “Never Be Another You” song: