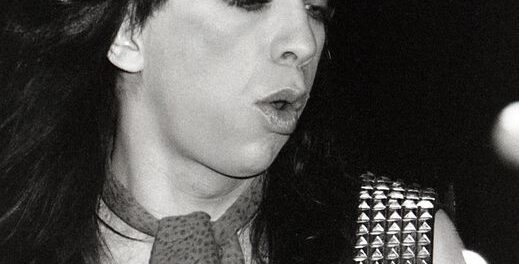 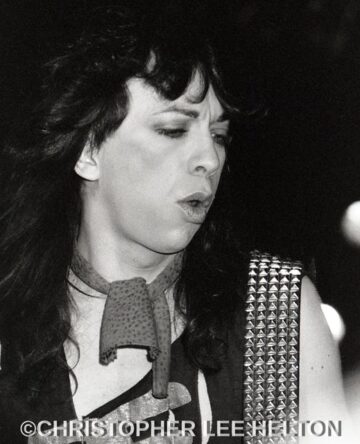 In terms of the demos that he sang on for Vinnie Vincent in the ’80s, Soto indicated (as transcribed in English by Marcelo Vieira):

“Most people don’t realize Vinnie was a massive songwriter. He wrote songs for Michael Bolton, he wrote songs for a lot of different people that had no representation to rock or [Vinnie Vincent] Invasion, or KISS. He was a great songwriter of a different style of music. When I met him, I was singing background on the Vinnie Vincent Invasion‘s second album [E.N.: All Systems Go]. I was doing some backing vocals. It was from those sessions that Vinnie said… he got a really soulful voice, I got some stuff I would love to see how it would sound on them, because he had a publishing deal. He was ASSIGNED TO an annual feat to just write thirty or forty songs an year for this catalog. And he had these songs that I sang on. [He had a] home studio, the early stages of home studios wasn’t the greatest, that’s why the quality when you listen to those songs [is] not so great. But at least he was able to get the song ideas across.

Those songs were never meant for Vinnie, they were never meant for me, they were just meant for his music publishing catalog. And that’s all it was, but people hear them and they think “It was a project they were working on, they were supposed to be for this or that”. It wasn’t for anything to do with us. He hired me to sing demos to turn to his publishing company, that’s all it was. I did them at his house. He was very kind and complimentary. We had a really nice bond and friendship back then.”

You can read the interview with Jeff Scott Soto in Portuguese at Marcelo Vieira Music‘s website.