Danish rocker Jesper Binzer has released a lyric video for the title track of his album Dying Is Easy, which was released back in November 2017. 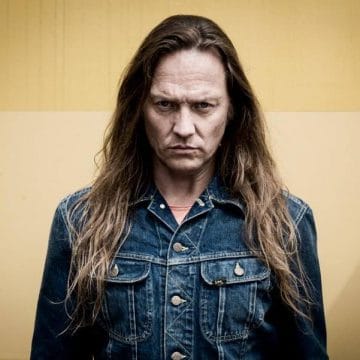 Binzer‘s “Biography” on his Facebook page states in part (with slight edits):

“Born in Copenhagen, DK – grew up in Copenhagen, in a straight nuclear family together with my 14 months younger brother Jacob – became part of the very first wave of skateboarding, discovered punk rock through that, and from the age of 17, I haven’t been doing anything else than Rock ’N’ Roll. At first, a lot of small punkbands with my brother but from around 1982, when I met Stig (Pedersen) we´ve been totally committed to Disneyland After Dark, as it was the known then….

– through a lot of luck and hard work, I’ve been able to live with and of music ever since, touring the world and tried all kinds of creative ways in and out of reality. most recent, an adventure into Jesper Binzer Jeans, designing jeans and t-shirts – also there’s 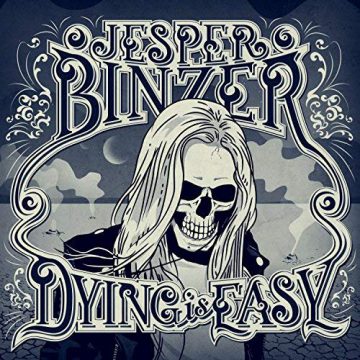 a weekly radioprogram on danish radiostation MyRock, called My Rock My Way, where I´ve got total freedom to play whatever i want in 2hrs….

At this very moment though, The Future Is Now, and that song is the first real solo outing from me. During a creative break in the D-A-D camp, I started to take myself and my muse one step further….and man it’s fun…

I’m from Frederiksberg like Laust Sonne
I have also played drums for the band The Whiteouts
I have also written a song for the Danish movie Bleeder
My DJ name is ’DJ Long Hair’
My favorite rock track is currently “Fire Woman” with The Cult
Take those scissors away I wont cut my hair – Jesper Binzer.”