American heavy metal band Jessikill have announced that their long awaited new EP Metal Knights will be released on January 16, 2016. 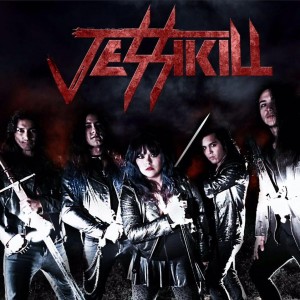 Singer Jessikill rose to prominence after taking a hiatus from the group bearing her name to front the Chicago heavy metal group Hessler back in 2014. Hessler released the EP Ghost Dance with Jessikill handling the lead vocals and that album landed the number three slot on Sleaze Roxx’s Top Ten Albums of 2014.

Speaking exclusively with Sleaze Roxx, singer Jessikill explained how the new EP’s title Metal Knights came about: “Well I wrote the song “Metal Knights” back in 2012 and as time passed Jessikill continued on with rotating musicians as any band would. This line-up of 2015 with the musical vision and direction of Jyro Alejo, our keyboardist/lead guitarist, helped me bring the song to life. We all feel very passionate about the song and we see ourselves as Metal Knights or Metal Warriors in other words. That being said, we can all relate when we share the same passion, struggles, strengths and so much more. We feel that by titling the EP Metal Knights, we’re spreading an important message. The message being we’re knights, who stand together for heavy metal and as metal folk, we are not alone.”

In terms of which song is her favorite on Metal Knights, singer Jessikill advised: “It’s really hard to decide a favorite song off of the new EP Metal Knights. I truly feel passionate about each song in different ways. All of the songs are sending an important message. “Give it All” says a lot about how we feel in the world of music we live in and express ourselves through. It is the ballad of the EP. I really enjoy singing and delivering ALL of the songs on the EP, because we all did it together and to me, they are all a collection of our elements that I must have in my life and want to share with the world.”

The group Jessikill recently announced on Facebook: “Ladies and gentlemen, we finally raised the money to get our EP ordered and we’ll be releasing it in January!!!” Singer Jessikill expanded on that for Sleaze Roxx: “We’ve been so fortunate and blessed to have the people in our lives that have helped us come this far. Our family, friends, fans, and all supporters have helped us pay for the production of our EP. So I’d love to deliver a special thanks to everyone who’s pre-ordered our EP, bought our merch at shows or online, who’s come to see us play, everyone who shares and watches our videos, photos, and even our 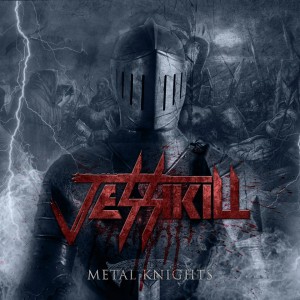 name Jessikill. Because of that kind of support, we were able to afford to pay for the release of Metal Knights that I hope to share with the world. Also, I would like to especially thank the team of musicians who’ve helped us with our EP as well: Sir Jason West, Sir Juan Alvarado and Sir John Valenzuela.”