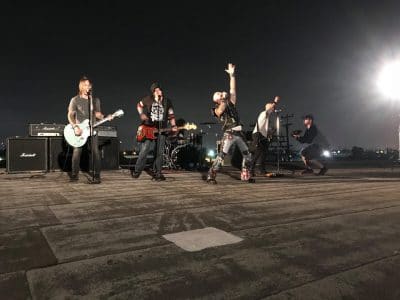 American sleaze punk rockers Jetboy have released a snippet of what appears to be a new video for their new song “Born To Fly” from their upcoming new studio album, which will be released via Frontiers Music Srl.

The following message was posted on Jetboy‘s Facebook page back on August 11, 2018:

“Wow in 10 days Frontiers records is gonna release the video Born to fly and the song. So much to tell. I’m excited! this is gonna be fun. I can’t wait till the end of the month and we will be in England for the first time ever. If we bomb, it will be the last time ever. LOL!!!!!! Fernie“