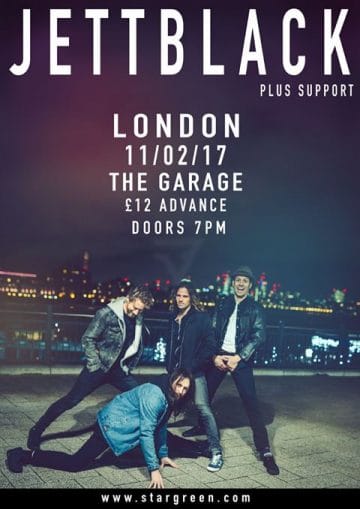 Back in early 2016, UK rockers Jettblack had announced that they were taking an “indefinite break.”

The good news for Jettblack fans is that the group has apparently been itching to play live and now has a gig booked at The Garage in London, England on February 11, 2017.

The first hint was on the group’s Facebook page when the following message was posted on October 9, 2016: “Probably time we played a show?! Rally the troops from the trenches!”

Two days later, the following message was posted on Jettblack‘s Facebook page: “Exploding soon with a gig date for yous!”

Jettblack have elected to have Peter Von Toy open for them and provided the following humorous Facebook post on December 17, 2016 to explain their rationale behind that decision:

“We are happy to announce Peter Von Toy as our opener on the 11th Feb at the Relentless Garage. We know pretty much nothing about him apart from the information in this email that he sent us, after reading it we had to book him right away due to his zero bullshit attitude. We look forward to meeting him and hearing him. More support announcements coming soon. 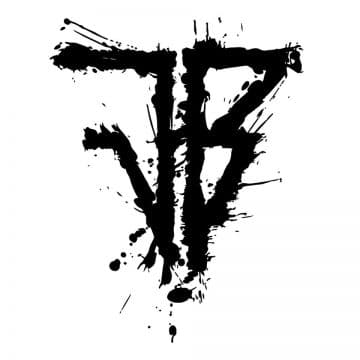 My name is Peter Von Toy and would like to open for you in London on the 11th of February. I can’t send you links as I have nothing recorded, not because I don’t know how to play in time and key but because after realising that the music industry was full of shit and people don’t buy albums anymore I put 2 and 2 together and decided to try a new approach which is to waste no time or money and albums and just play live. So far in 18 months of existence I’ve played over 100 shows in 10 different countries over 2 continents including opening slots for GILBY CLARKE, NASHVILLE PUSSY, THE HILLBILLY MOON EXPLOSION, BOB WAYNE or Django Unchained and Grammy nominated artist BROTHER DEGE all that by word of mouth.

It would be a double gamble for you as first of all I’m a solo artist but I still can rock the shit out of a crowd and I have very little tech requirements. Secondly you’d be taking the risk of booking someone you haven’t heard but to be honest with over 100 shows, even if I sucked when I started this, the worse that could happen now is that I’m average at what I do which is, let’s face it a risk you also have when listening to a band on an album, I think we’ve all been disapointed with great studio productions and poor stage performances.

Over to you, hopefully you’ll be receptive to this pioneering approach and if not it’s cool, I know I like to gamble and take risks, but that’s a very personal way of living.

Peace Out & Rock On

Jettblack‘s “Get Your Hands Dirty” video:

Jettblack ‘Get Your Hands Dirty’