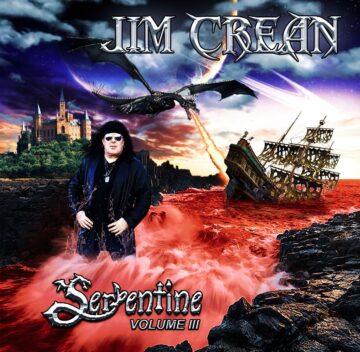 Sleaze Roxx stated the following about Crean in its review of his studio album The London Fog: “Jim Crean. Some of you may know him as the long-time frontman for covers band Hair Nation. Some of you may know him from his solo albums, which appear to total six studio records and one greatest hits compilation album. Some of you, like me, may know him as the man who was recruited to sing for Vinnie Vincent for two shows in February 2019 when Robert Fleischman pulled out. Sadly, those two Vinnie Vincent shows never happened and it wasn’t long before the former KISS guitarist presumably turned his back on his long-time friend Carmine Appice by criticizing the latter bringing in a singer that he didn’t approve of (presumably Crean whom he had never met). Anyone who is going to be handling the lead vocals for Vinnie Vincent Invasion material would presumably have to be an excellent singer and I definitely got that confirmation when seeing Crean perform last week with Hair Nation in Buffalo, New York.”

You can pre-order the covers album Serpentine Volume III directly from Crean‘s website.