Hair Nation lead vocalist Jim Crean continues to release videos for various cover songs that will be on his upcoming covers album The Book of Criptids. Crean previously released the covers album Gotcha Covered in 2019. 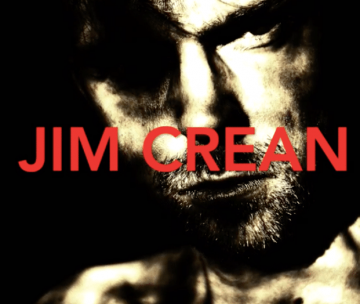 Wikipedia states the following about the song “A Criminal Mind” (with slight edits):

“”A Criminal Mind” is a song by Scottish-born Canadian artist Lawrence Gowan. Released in January 1985 as the lead single from second studio album, Strange Animal, it reached number five in Canada. Gowan refers to it as one of his signature songs.

In a 2015 interview with Huffington Post Canada, Gowan stated that his inspiration for the song was a Kingston Penitentiary prison cell exhibit at the Canadian National Exhibition (CNE) to represent the Canadian penal system. The empty cell was attended by a single guard, with whom Gowan had a conversation after sitting in the cell alone for a while. The discussion about recidivist inmates led to the creation of the song.

In April 1999, Gowan received a call from a member of the band Styx, which was interested in inviting him to fill in for Dennis DeYoung, who refused to perform for concerts. He met the band at the house of Tommy Shaw, where they performed a few songs, the first of which was “A Criminal Mind”. The band suggested to make it “a Styx song”. After the band’s acrimonious split with DeYoung, Gowan was asked to become a permanent member. He agreed, and they performed their first concert together in Branson, Missouri later in 1999. The song appeared on the album Styx World: Live 2001.

As of 2019, “A Criminal Mind” is still on the band’s tour set list and is played at most Canadian concerts. This has led to increased awareness of Gowan‘s musical repertoire amongst Styx fans. As a result, “A Criminal Mind” and other songs in his repertoire, including “Moonlight Desires”, “All The Lovers in the World”, “(You’re A) Strange Animal”, and “Guerrilla Soldier”, received increased airplay on Boom FM, Q107, and other Toronto radio stations. In 2014, Gowan received three “Classic Music Award” from the Society of Composers, Authors and Music Publishers of Canada for the songs “A Criminal Mind”, “Dancing on My Own Ground” and “(You’re A) Strange Animal” each having achieved 100,000 radio airplays throughout Canada since their release. Gowan has previously stated he became aware of the increased airplay because of the royalties cheques he receives.

In 2018, “A Criminal Mind” was certified as a Platinum Single in Canada, surpassing a combined 80,000 physical 7″, 12″ single and digital downloaded units sold. Gowan was presented with the plaque on stage during a concert at Caesars Windsor in Windsor.”