House of Lords and Autograph guitarist Jimi Bell was recently interviewed by Marcelo Vieira for Brazil’s Marcelo Vieira Music. The interview was first published in Portuguese but translated into English and posted on Bell‘s website. 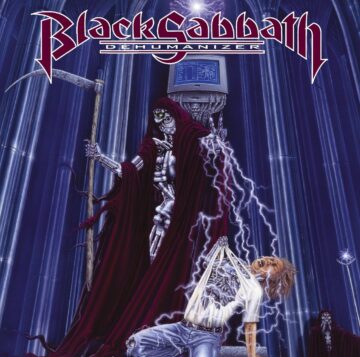 In terms of whether it’s true that he is an uncredited author of a Black Sabbath song, Bell indicated (with slight edits): “Yeah. I wrote “Master of Insanity” by “Dehumanizer” (1992) when playing in the Geezer Butler Band. One fine day, Geezer‘s wife, Gloria, called me to give me the bad news — his MCA contact had been terminated and we had lost the record deal. Geezer ended up joining the Ozzy band. After a while, Gloria called me again: “Good news, Jimi. Black Sabbath is meeting with Ronnie James Dio and will record their song ‘Master of Insanity’! ” Imagine my excitement! But she said she couldn’t give me credit in writing because Tony Iommi would never let a song that had been written by an outsider be part of a Sabbath record. Geezer would sign as a composer and put special thanks to me in the booklet. I was devastated, but they promised to pay for the music when the tour was over. I went to some shows on this tour, they played my music on everyone and they quoted it frequently in interviews. The tour came to an end and I never got a penny. Do what?

Vieira suggested that it wasn’t like Black Sabbath couldn’t afford it to which Bell stated: “Exactly! With all the millions that earned, couldn’t they have paid me for music? But this is how it is. For years I ran after it, but then I let it go. Until one day I met Ronnie and introduced myself. He replied: “Jimi Bell, from‘ Master of Insanity ’?” I was right! We spent about 40 minutes chatting. He said that I should have been paid for the song, that it was a slut from the Sabbath guys. But justice was done — some Sabbath biographies included my name as the author of “Master of Insanity”!”

Black Sabbath performing “Master of Insanity” live in Brazil in 1992: