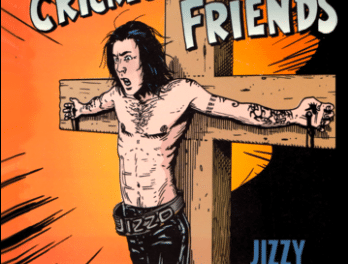 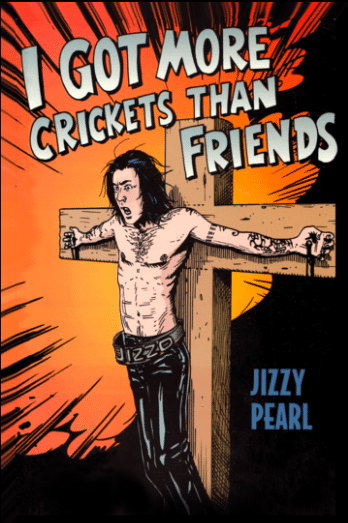 Quiet Riot frontman Jizzy Pearl has reissued his first book titled I Got More Crickets Than Friends and it is available in a soft cover edition limited to 250 copies. Reissues of Pearl‘s other books Angst For The Memories and Unhappy Endings appear to be on their way.

Pearl‘s website indicates (with slight edits): “I Got More Crickets Than Friends is Jizzy Pearl‘s first entre` into the world of writing. Written in 1999 in the old Love/Hate studio loft in downtown Los Angeles it captures the grit and the glamour of the Sunset Strip Hollywood music scene. The Good, The Bad, and the Ugly all written by someone who was there and lived it! Short stories of Rich Dark Humor along with a large helping of Graphic Violence. If you’re easily offended then THIS BOOK IS DEFINITELY NOT FOR YOU!”

Notable albums where Pearl handled the lead vocals include Love/Hate‘s Blackout In The Red Room (1990), L.A. Guns‘ Shrinking Violet (1999), Adler’s Appetite‘s self-titled EP (2005) and the studio tracks on Quiet Riot‘s 10 (2014). Pearl‘s last solo album All You Need Is Soul dates back to May 2018 and he is scheduled to release a new record titled HELL, CA under the moniker Jizzy Pearl’s Love/Hate via Golden Robot Records in 2022.