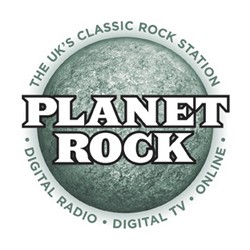 Joe Elliott, best known for fronting the multi-million album selling band Def Leppard, will get behind the mike again but this time at award winning radio station Planet Rock (www.planetrock.com) for a series of exclusive radio shows.

“My ReGeneration” is a six part radio series. Each week Joe will be playing the music that has inspired him over the years. Punctuated with stories from three decades as the singer in one of rock’s influential bands and his love of most things Glam!

“Joe follows the footsteps of many rock stars that have taken to the airwaves at Planet Rock. He joins the ranks of Black Sabbath’s Tony Iommi, Jethro Tull’s Ian Anderson, Fish and Gary Moore to name a few” commented Malcolm Bluemel, Planet Rock CEO.

The series will run on Planet Rock on Saturday evenings at 8pm – 10pm. beginning on June 26th for 6 weeks and repeated the following Wednesday 10pm – Midnight.