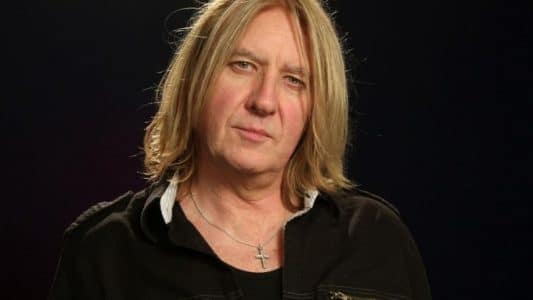 Willis was fired from the band in 1982 prior to the release of the group’s blockbuster album Pyromania. In terms of Willis‘ drinking, Elliott stated: “It was holding us back…. We all drank, don’t get me wrong, but when we drank we just told dirtier jokes a little louder. Pete caused problems. He was disruptive and negative. The band had to come first.”

With respect to Clark who died as a result of alcohol abuse in January 1991 and was replaced by Vivian Campbell, Elliott opined: “With Vivian you got the impression he wasn’t going to wake up dead the next morning…. By coincidence or torture, I often got the room next to Steve. I could hear through the walls the pain he was in. I remember the night before one tour started, he was trying to smash his knuckles on the sink so he wouldn’t have to play, because he was scared to death of getting up on stage. And then we did the gig and he was like: ‘I’m fine.’ With bruises everywhere. It was fucking hard work to have to room next to him. We would never have kicked him out of the band because he was always apologising for being the way he was. He wasn’t an asshole by any means. He wasn’t angry or throwing things. He was always subdued or insular. So you always felt sorry for him.”

You can read the rest of the article / interview with Joe Elliott at The Guardian.