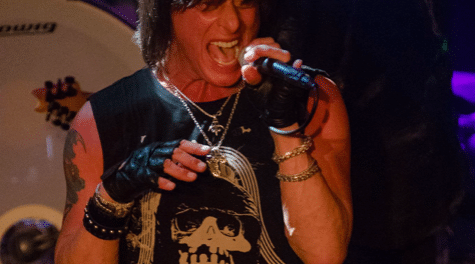 Sixty-nine year old singer Joe Lynn Turner (Rainbow, Yngwie Malmsteen’s Rising Force, Deep Purple) has felt the need to clarify why he left the band Sunstrom after 14 years. Turner handled the lead vocals on Sunstorm‘s first five studio albums — Sunstorm (2006), House of Dreams (2009), Emotional Fire (2012), Edge of Tomorrow (2016) and The Road To Hell (2018). Ronnie Romero (Ritchie Blackmore’s Rainbow, Vandenberg, The Lords of Black, The Ferrymen) is the singer for Sunstorm‘s latest and sixth album Afterlife, which will be released via Frontiers Music Srl on March 12, 2021. 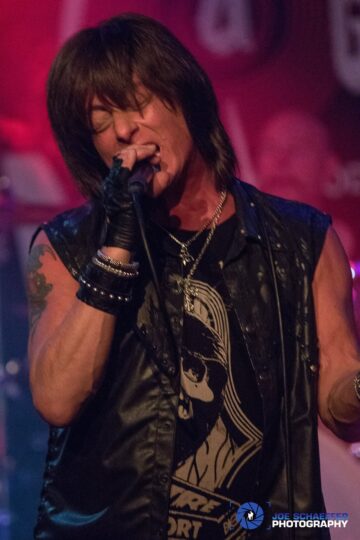 Thank you for your attention and concern, as I felt it is necessary to release this second statement to further clarify and explain my position… I believe, the true facts of my personal decisions must be stated more directly.

I made an original statement in December where I kindly and respectfully to all parties involved, tried to explain the reasons for my departure from the Sunstorm Project. My statement was very clear, however, with the Frontiers official media release of the new Sunstorm and the accompanying statements, in my opinion, I see a definite attempt to twist my words to justify the effort to promote this new release of Sunstorm, show their autonomous power for any and all creative and business endeavours and prove the fact that no moral or ethical considerations exist as long as the corporation holds the legal trademark…

In my view, what Frontiers is claiming about Me in their official statement has nothing to do with real cause and events. I am very agitated with my professional brand, name and likeness being used by them in the media as an excuse to validate their narrative and agenda of continuing the Project’s title with a replacement singer. Trying to convince the loyal fans that I ‘’moved away from the original melodic rock direction of the early Sunstorm albums’’ of which I was the main vocalist and imply that I did not want to continue due to my ‘’desire to work on heavier music styles’’ is ABSOLUTELY NOT TRUE! FAKE NEWS!

Judging by the outpour of questions from fans on social media, I am very concerned with Frontiers false claims of which they have absolutely NO first-hand knowledge of. For the record, I still have so many more AOR demo songs and could easily do an AOR style record tomorrow, so, I guess, I will take my songs to another record label and continue my AOR discography… As I must now specify again and again, I have absolutely NO INTENTION TO STOP my AOR original roots! 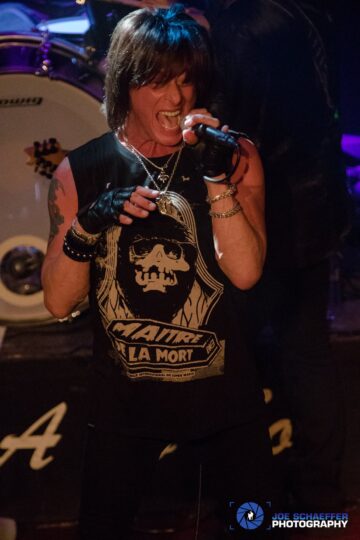 Perugino states that he brought this 6th album ‘’back towards the original musical style that was established with the early albums’’ with ‘’outstanding results’’. In my humble opinion, after listening to the first released single from the new album, it could not be further from the truth. There seems to be a great deal of hypocrisy in this situation. I personally see absolutely no ‘’original musical style’’ about it.… No original: producer, vocalist, band members, song writers… Nothing. So, the main issue here is, why continue calling it Sunstorm? Who do they think they are kidding?… After all, only fans can be the judge.

To me it resembles the majority of releases on Frontiers Label as they often seem to be written, performed and produced by the same source. This being the exact reason why I was not going to continue…

‘’With Alessandro Del Vecchio as usual handling the songwriting and Perugino overseeing the A&R and creative direction’’, as they point out in their official statement, I believe, the purpose of the original classic AOR project ceased to exist therefore, I was extremely reluctant to offer any more of my original songs due to the lack of negotiation, promotion, poor business tactics and general lack of respect for Me on their part. And I tried to express these concerns 3 years ago while recording the 5th album ‘’The Road to Hell’’ but they were never heard, acknowledged or address by Frontiers. Completely frustrating!

I must make it very clear, I do not speak for other Artists on the Frontiers Label and never would, I have absolutely no intention to attack or malign anyone, but this is my experience and personal point of view after so many years of association… In my 50-year carrier, I have been with a lot bigger record companies and was never treated and discounted like I was with Frontiers Label.

I have spent 14 dedicated years to create Sunstorm’s legacy… Only to be unfairly replaced… Again, I was never informed that the Label will continue the Sunstorm brand with the replacement singer…

In closing, I’d like to take this opportunity and thank all the incredibly loyal fans that have supported Me and Sunstorm through out all these years… Right up to this present moment your dedication is the exact reason why I as an Artist needed to take this stand and uphold the quality and purpose of what we all love and treasure about the Music! I would never cheat You or Myself by being compromised by any dominating corporate forces! The Artists together with the Fans must preserve the integrity of the Art. For what we choose now, echoes in Eternity…