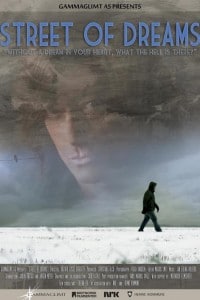 Former Rainbow, Yngwie J. Malmsteen and Deep Purple lead vocalist Joe Lynn Turner stars in the Norwegian documentary ‘Street Of Dreams’ which is out on August 20th worldwide via Musicfilmweb.tv.

‘Street Of Dreams’ tells the story of Jan Erling Holberg, a bass player and songwriter from a small town in Norway. Holberg has just turned 47, he has a beautiful family and a steady job, but his childhood dreams of becoming a touring rocker have not faded away — they’ve only grown stronger. After enduring a major mid-life depression, he realizes that now is the time to take one last shot at achieving his goal.

Aiming straight for the top, Holberg takes a shot in the dark, reaching out to his lifelong musical hero: Joe Lynn Turner, the former vocalist for legendary acts Rainbow, Deep Purple and Yngwie J. Malmsteen. Impressed by Holberg’s demos, Turner flies to Norway to join his biggest fan to record an album and embark on a club tour. Will Holberg’s dream finally come true, or is it just a rock ‘n’ roll fantasy?

‘Street Of Dreams’ was filmed between January 2011 and August 2012, and was initially screened only by Norwegian national broadcaster NRK and at select festivals. Finally, it is available worldwide via music documentary on-demand service Musicfilmweb.TV for streaming rental or download.