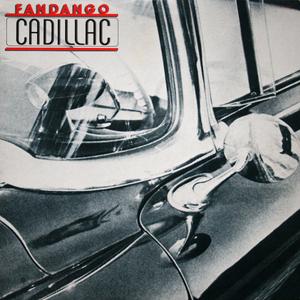 FANDANGO ‘CADILLAC’:
Fourth and final album from this East Coast based melodic hard rock unit, a record which saw them take flight as a mature and fully confident melodic hard rock band in the finest late seventies tradition.

Tough melodic hard rock with great songs, memorable hooks and punchy guitar work. It was also the coming of age of vocalist Joe Lynn Turner, a man who would, after the demise of Fandango, go on to achieve huge success with a number of projects not least of all as the lead vocalist of both Rainbow and Deep Purple.