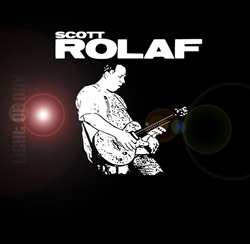 The other day former Deep Purple and Rainbow frontman Joe Lynn Turner released a statement (viewable here) saying that he was outraged over the illegal release of some of his unfinished demos by Scott Rolaf. Turner said Rolaf was served a cease and desist order by his lawyers on July 21, 2011 top stop the former colloborator from giving the demos away for free at scottrolaf.com.. Today Scott Rolaf sent Sleaze Roxx a long letter to explain his side of the story, claiming that the entire fued is driven by money.

Rolaf tells Sleaze Roxx, “OK, so let me start by saying Joe Lynn Turner and myself went through this record song by song as Joe madehis remarks… ‘all vocals were great’, and he agreed there was no reason to re-sing any of them, ‘let’s just do some cleaning up’. The drums were done over, bass and keyboards tracks were all reworked, and as Joe sat and listened we all thoughtthis record was crazy great — his words, ‘BROKEN IS A MONSTER’.

Now Joe goes into rock star mode saying ‘this was not approved’ — that’s not true. The truth of the matter is MONEY, or the lack of. Joe had side projects he did for hire as I helped him on over a dozen projects. He said, ‘Hey can you help me out, I need the money’. I never took a dime from him and helped whenever he needed it. Our agreement from day one was that if something happened with these songs it would be a 50/50 deal, and I said that was cool. He waswell aware that I had done movies and TV commercials and that there was a chance we could get US airplayon a TV show. I had worked hundreds of hours on this record, only for the love of the music, and couldcare less about the money. But hey, if someone wanted to use the music in a soundtrack or commercial great — drop off some currency! And if that was to happen Joe would get his share

This is my music, my record and my time… and I spent lots of it. THIS RECORD IS NOT FOR SALE! I record Joe’s side projects for free. For him to make his money he sang my songs so I could have a great record and something tobe proud of. If something came from it, great… if not, so be it. As far as my talent is concerned, yes I wrote themusic, the lyrics, the melody, and the hooks — and Joe sang his parts. The one and only reason Joe is upset is because of the money.

The bottom line is I did his stuff for free and he did mine for free — an even field. If someonewants to use one of these songs I will buy him a coffee and have a contract drawn up. Now my little buddy sayshe did not approve the ‘TURNER’ brand!!! That my friends is an outright lie. He went on radio splashingthat name all over, he has used that name brand all over his Facebook pages and in online magazine and radiopromo’s. He has even posted and played every one of those songs on his very own Facebook page. He even talks in his notes, last year at this very time, and I quote, ‘We should start a company, RT Productions, so we cantake on songwriting and video projects and do it all’. Wait, there’s more — we had another discussionover dinner at Charlie Brown’s steakhouse over this very same topic, with my daughter and his ex-wife there, and I said, ‘Joe we will talk about it another time… let’s eat’ (because I’m diabetic). His ex-wife turned and said, ‘really Joe, do that later’.

I am not, have not, and will not lie. There was never any financial contracts or verbalcontracts whatsoever, other than if something happens we split it 50/50. This is not about talent issues, or my writing capabilities, orme wanting to be in Joe’s shadow — I could give a rats ass about that. I enjoy writing, sharing, and making peoplesmile through my music — MY MUSIC.

Let’s take a look at a magazine comment shall we, ‘This is among the best material performed byTurner since the eighties’. Truly. Ok Joe??? So let the people decide if they like this record, it’s not so bad tohave what you call a ‘demo’ be so well recievied. Just imagine if we had big time production behind the record.

I have done nothing wrong here — these are my songs. We both did an even deed. Joe has even used my nameon that Jan Holberg record when I said do not use my name on this stuff — and God strike me down if I’m lying. Another of Joe’s comments, and I quote, ‘If I’m going down you’re going down with me’ — and so he put my name on thereanyway without my permission. Where are we going with all this crap? The record sounds killer and as far as standardsare concerned remember I have a few of your solo stuff!!!!

I’m not touring/selling records or hurting you name. Personally I think this is the best you have done in a long time, and your fans deserve great stuff no??? It’s just a money thing my lost friend, because if there was a record company involved on this you’d be yelling it all over town. Joe should try and remember that he called my house to speak with me about working together, just the same as Richie Blackmore had called him when he was in Fandango — so we all come from somewhere my friend. We both breath the same air, it’s not special JLT!!!

So really, all this great music should not be shared with fans who just like our music?”