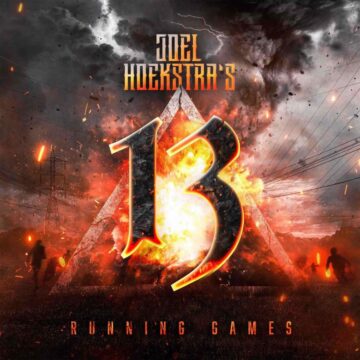 Whitesnake and former Night Ranger guitarist Joel Hoekstra has unveiled an animated video for his new single “Finish Line” from his project Joel Hoekstra’s 13, which will release a new studio album titled Running Games via Frontiers Music Srl on February 12, 2021.

“We know it was a bit of a wait for the second single from Joel Hoekstra’s 13‘s upcoming new album, “Running Games“, but it was well worth it, we promise! Please enjoy the track ‘Finish Line’ and the accompanying awesome animated music video!