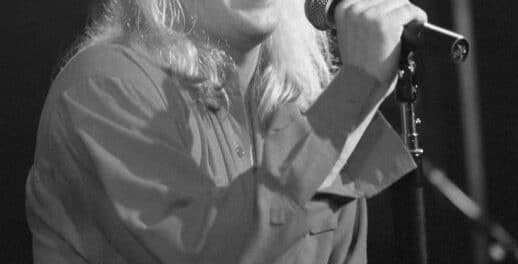 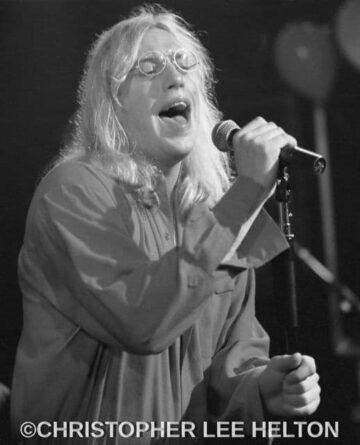 “I was going through a divorce. I was out of my mind, to be honest with you; I was partying hard. At one point, I’m just like, “Fuck it. I don’t want to do this anymore. It’s not good for me. I gotta getaway.” I went away, went further down the rabbit hole of partying, and then I snapped out of that and went back to school. My father – who recently passed – he was my hero. He taught me a lot of things in life, and one of them was the importance of education. Anytime I’ve really had to reinvent, I looked towards education to help me do that and that’s what I did at that point, too. Five or six years later, after I got out of the education and worked privately in the IT world – because I went and got Microsoft certified as a database admin for a while – I got out of it and back into the band. So, everything comes full circle.

It was something that I just did, and to be honest with you, if I didn’t do it, I wouldn’t be where I am now. Because I still work in the private sector. When I tour, I work 70-80 hours a week, so I come from the lineage of, “Nothing beats hard work.” And it’s always paid off extremely well for me just to work my ass off and be relentless in what I do. I do it with my band; I do it when I tour; I have a lot of fun, but it’s very important for me to sound as good as I possibly can. A lot of care goes in. I figure if you can’t win by looks, you can beat the hell out of ‘em by being the first one to show up every day and never quitting. Ever.”

In regard to how he got back in the band about ten years later, Allen stated:

“Something like that, yeah. Might have been eight, really, I think. I got an email from Erik; this was when email world was going on. He just said, “Call me. Jani, Jerry, and [Erik] are the only three left in the band.” And he said, “Since Jani is doing this, we’re not gonna play with him. Jerry and I got the name, we wanna do this and that. Do you wanna jam?” And I said, “Sure.” And I went up and jammed and it was fun. Then I got ahold of Steven [Sweet], who I kept in touch with; I brought Steven on board and it was four of us. We did the thing with Jaime St. James for three or four years, then Jani came back for a failed reunion. Unfortunately, he was just having a really tough time struggling with abuse; alcohol mainly. That’s when I ran into Robert Mason, who was an old friend of the band and toured with us when he was in Lynch Mob. He was so off our radar that when I saw him, I thought he was the Messiah, like, “Oh my God, here’s our savior.” He was the guy that was gonna help us out because we didn’t think that Lane was gonna have such a hard time. It was disheartening. We could have just said, “Fuck it. We quit,” at that point; but again, coining back to just being relentless and sticking to it.

It’s worked out; the band’s doing great. We miss Lane, of course; tragic, fucking horrific thing to lose a brother like that. We’re a pretty private band and private people when it comes to stuff like that. It’s tough, man. Every day we miss the guy. Even Robert; Robert was good friends with him. There’s no weird animosity, and there wasn’t before he passed; we were all solid. He wanted to get back in the band, but he wasn’t well. You’re watching your friend die right in front of you, and you don’t want to be leading him to his grave. That’s as bluntly as I can put it. We were on tour with him, and Jerry just said, “I can’t do this anymore, or he’s gonna die.” That’s what it was. It wasn’t like, “You’re fired,”or anything like that. It’s just like, “Go home and get well.” I think if he really would have turned a corner and gotten sober for good, I’m sure we would have worked it out and been back together with time. But it was too soon when he first came at us, and everything was going great with Robert at the time. The last thing we wanted to do was jump back in and take some crazy fucking chance that he was gonna be okay.”

You can read the rest of the interview with Joey Allen at Vinyl Writer Music‘s website.