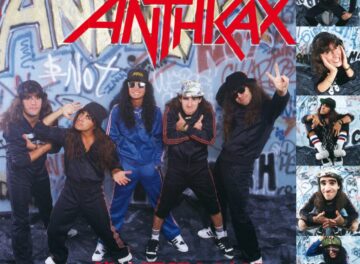 Anthrax frontman Joey Belladona and with his wife Krista were recently interviewed by Jimmy Kay and Kenny Kessel for Canada’s The Metal Voice. Belladonna was in Anthrax during two prior stints starting from 1984 to 1992, then 2005 to 2007, and since 2010 onwards. 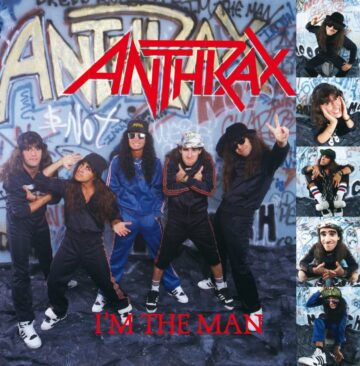 With respect to being let go from the band and then brought back in, Belladona indicated (as provided by The Metal Voice with slight edits): “I continue to be as humble as possible and move forward, which that’s we all want to do. Some people are like ‘What? Are you nuts?’  You’ve been in relationships. It’s kind of the same idea. I mean, you can either be on the same page or you can be a little deviant and send it off course and expect a lot more from someone that you’re not doing your part. And what are the reasons? There’s a lot to it too. Sometimes, there’s just no reason for and what do you get from it? And then you got to backtrack and then you gotta pick it up, again twice. I mean I’m happy for the fans. I just think people need to see it the way it was. There was nothing wrong with it, in my eyes. I think everything we were doing even to the last minute before I was gone, Persistence [In Time album] was great stuff. “

Belladonna was asked about his opinion on when Anthrax first started integrating rap into their songs “I’m The Man” and “Bring Tha Noize.” The singer opined: “I had no clue what was going on. I remember walking in the room and there was kind of a heated moment about certain things about that and when I heard them working on it, I thought I walked into the wrong room. I honestly did, I had no idea what was going on. I mean obviously these things move and they go and they do whatever they need to do and I’m happy to be a part of all of it. I had the experience and it has been great. I love playing drums on some of the stuff and as I love jamming with Public Enemy. I love listening to their stories about how they come together and play. It’s super cool and you can’t deny the fans having so much fun with that stuff.”

You can read other excerpts from the interview with Joey and Krista Belladona via The Metal Voice‘s website and/or listen to the interview below: