Discogs states the following about Sweet Savage: “Sweet Savage was one of Hollywood’s elite Sunset Strip bands. Managed by the likes of Riki Rachtman and produced by Vinnie Vincent Invasion and Slaughter bassist Dana Strum, 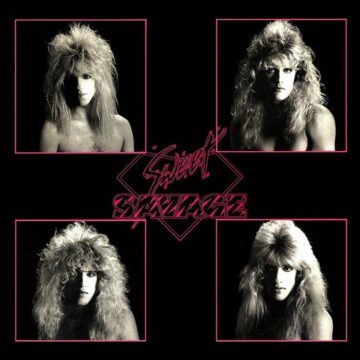 Sweet Savage dominated Los Angeles in the mid 1980’s with their Hair / Glam Metal anthems and incredible live performances. Their most iconic songs are “On The Rocks”, “Break Away” and “Do Ya”. Sweet Savage also opened for the band Poison.”

In terms of why Sweet Savage never “made it” despite being one of the forerunners of the glam metal scene, Jones opined: “Sweet Savage was offered a record deal in 1986 by Enigma Records. We passed on the record deal because it was not a front-loaded deal. A few months later, Poison signed the exact same deal that Sweet Savage turned down. Sweet Savage made some bad decisions that also included Atlantic Records and others. But I have no regrets and I love my brothers in Sweet Savage with all my heart.”

With respect to being managed by Riki Rachtman, Jones indicated: “Riki Rachtman was the ultimate pavement pounder. He worked around the clock. Sweet Savage signed the management deal based on Riki. Soon after we signed the deal, Riki and his partner Edward Montez parted ways. If Riki would have stayed on, I am 100% certain that bigger things would have happened for Sweet Savage.”

Strum ended up producing Sweet Savage‘s debut self-titled EP (1985). In that regard, Jones stated: “Dana Strum saw Sweet Savage perform at the Whisky, and he is the one who put the deal together. We recorded the EP at Baby-O Studios in Hollywood. Baby-O is also known as Van Halen headquarters. The parties were amazing. Naked girls everywhere while we were trying to record. It was well worth it. I want to thank Dana for that wonderful experience.” Sweet Savage‘s reissued self-titled debut EP with bonus tracks can be purchased via the DDR Music Group‘s website.

You can read the rest of the interview with Joey C. Jones at Rock Pages‘ website.