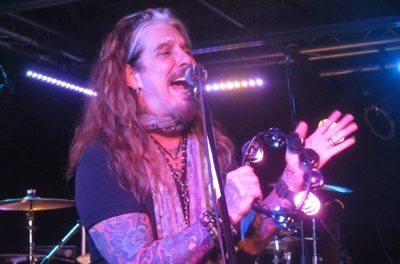 Ex-Mötley Crüe and The Dead Daisies frontman John Corabi was recently interviewed by Chuck Shute for the Chuck Shute Podcast. during which he revealed being asked to audition for both Skid Row and Britny Fox. 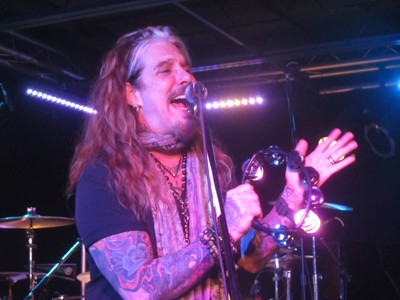 rock photographer Mark Weiss‘ wedding at the age of 18, and the members asked him to join in early 1987. Bolan claimed in 2020 interview on the Chuck Shute Podcast that, before settling with Bach on vocals, then-future Mötley Crüe singer John Corabi auditioned for Skid Row. The band began playing shows in clubs throughout the eastern United States.“

Shute asked Corabi how come he didn’t audition for Skid Row when he had the chance to do so which the singer indicated (as provided by the Chuck Shute Podcast with slight edits): “No, no, no…. and it’s weird because I saw that interview with Rachel [Bolan]. That was never the case. I knew Dave Sabo when I lived in Philadelphia and I moved to California. And I was in… I want to say that I may have just got a record deal with The Scream. Maybe because we signed a deal. And then they made us go into a rehearsal room and write for like a year. When we got a record deal, we had like three songs. That was it. We never played a show. And at that time, I think Dave was just putting Skid Row together and he sent me a copy, like an eight track cassette of like “I’ll Remember You” and “Youth Gone Wild” and all that shit. And I was like, ‘Wow, this is great stuff.’

Now that I think about it, I don’t think I was in The Scream yet. I think I was still in Angora when he sent me the tape. But I just felt like, as much as I liked the songs, and then according to Dave, Bon Jovi was all into the band and he did a production deal with him. So my thing was, I didn’t want to, like I had convinced three other people and their wives and girlfriends and kids to come out to California. I didn’t want to go, ‘Oh, hey, man, I got this other gig. So thanks for everything. I’m going back to Philadelphia.’ I just told Dave. I couldn’t do it.”

Corabi continued: “I turned down the audition. I was never scheduled to audition for them. I said, ‘No. Dave, I felt really bad.’ I said, ‘Man, I came out here with like three other dudes and I made everybody move and then if I turn around and I move, they’re here, and I’m going right back to where we all started from.’ I just didn’t feel good about it personally. I felt like I was responsible for three other people leaving their families and all this other shit and going out to California and I just didn’t feel right about dumping that situation at that point. And same thing with Britny Fox who had contacted me… They had contacted me when Dean [Davidson] left and it was the same thing, I’m like, ‘No. I can’t. I just can’t in good conscience.’ Couldn’t do it.”