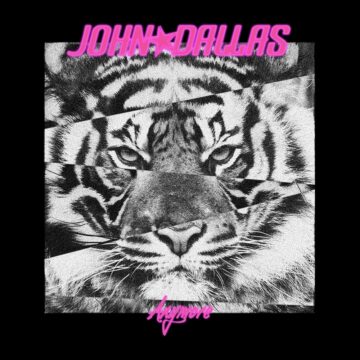 Italian rocker John Dallas has resurfaced with a video for his new single “Anymore” from his upcoming new album Love & Glory, which will be available on September 24, 2021.

The following message was posted on Dallas‘ Facebook page back on July 7, 2021 (with slight edits):

When something ends, something else always begins. This song is dedicated to all the painful endings that lead to new shiny beginnings

Sleaze Roxx stated the following in its review of Dallas‘ previous album Wild Life: “As I was listening to one song after another on John Dallas‘ Wild Life, all I could think of from one song to the next was “Too bad that this song has that awful modern guitar sound to it or else this might just be a killer song.”  After a couple of listens to Wild Life, I opened the CD booklet and my thoughts were confirmed as it is stated near the end “…this work features a more modern sound, with heavy guitars and short solos that every listener can enjoy…” Well, I do enjoy some of the songs quite a bit but it is despite the more modern sounds with the heavy guitars and short solos.

Frankly, if John Dallas had not included these modern touches or sounds to all of the songs on his debut album Wild Life, this might have been one of my favorite records of the year because despite the crunchy heavy guitar sound, there is a lot of melody in the songs and Dallas has a really good voice.”