Italian rocker John Dallas has released a second video in support of his album Wild Life, which was released back in October 2015. This time, it is the song “Dreamin’ On” that gets the video treatment after the title track beforehand. 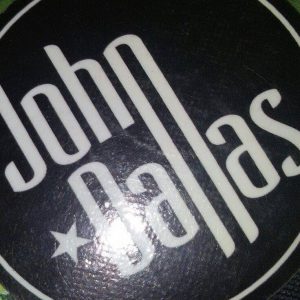 Sleaze Roxx stated the following in its review of Wild Life: “Frankly, if John Dallas had not included these modern touches or sounds to all of the songs on his debut album Wild Life, this might have been one of my favorite records of the year because despite the crunchy heavy guitar sound, there is a lot of melody in the songs and Dallas has a really good voice. Given my bias against the modern sounding guitars, I find the best tracks are the ones where the modern metal sounds are kept to a minimum or at least downplayed compared to some of the other tracks on the album.”

Sleaze Roxx went on to conclude in its review: “The more I listen to Wild Life, the more I seem to like it despite the modern sounds so it might be just one of those albums that grows and grows on me as more and more time passes. The question though is will I continue to listen to the album enough times to be sufficiently warmed up to its modern inclinations?”