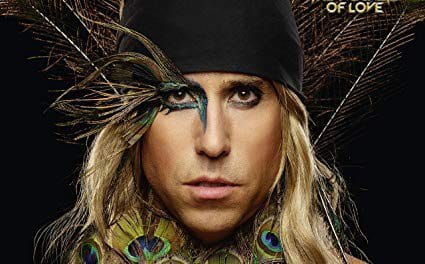 John Diva & The Rockets consisting of lead vocalist John Diva, guitarists J.J. Love and Snake Rocket, bassist Remmie Martin and drummer Lee Stingray have released a video for the song “Rock N’ Roll Heaven” from the upcoming album Mama Said Rock Is Dead, which will be released via Steamhammer/SPV on February 8, 2019.

John Diva & The Rockets Of Love‘ “Story” on their Facebook page states in part (with slight edits): 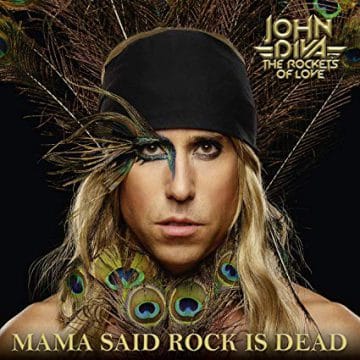 “He’s back again! But was he ever truly gone? Rock’N’Roll with a capital ‘N’ – showing that anything goes in this profession – is experiencing what feels like its seventh or eighth spring. And in the middle of it all: John Diva & The Rockets Of Love.

The flashy band in the style of the eighties has been blessed with the talent of bringing a breath of fresh air to classic rock music.

They are the rightful heirs of an era in which Van Halen, Aerosmith, Bon Jovi, Whitesnake, Scorpions, Guns N’ Roses or Mötley Crüe roved around all over the planet and took apart anything they could get their hands on. John Diva is charged US entertainment at its very best.

Equipped visually and musically with all the key ingredients that this form of music entails, John Diva and his Rockets embody smooth riffs, racy guitar solos bordering on supersonic, anthem like choruses and graphic texts filled with the stories of life, not always completely G-rated. Their debut album, named Mama Said Rock Is Dead with tongue-in-cheek humour, tells stories from the life of Rock’N’Roll James Bond John Diva in full sound.

The album will be released on 8 February 2019 by Steamhammer/SPV, a date which should definitely be marked in red in your calendar, because it doesn’t get any more colourful than on this album in 2019.

But who are John Diva & The Rockets Of Love? First and foremost, there’s their vocalist and womanizer John Diva. Blonde mane of hair and a knowing twinkle in his eyes, he sings about the great adventure that is being a celebrated rock star. No surprises there, with a life story such as this: “I was raised by a mother who worked hard and rocked harder”, Diva reminisces. “She was a fan, a groupie, always hanging out at the clubs. My childhood was one big after-show party.” As a songwriter for the stars, Diva later on helped creating the sound that would soon afterwards be known as stadium rock.

The blonde Adonis describes Mama Said Rock Is Dead as follows: “It’s a trip for those who have lived and loved rock’n’roll, for all those who still do so and for all the millions of people who up to now didn’t even know what they’ve been missing. We’re having a party as big as the eighties and YOU’re invited to let your imagination take flight by my wild and wonderful life.”

At John Diva’s side are the guitarists Snake Rocket and J.J. Love, bassist Remmie Martin and drummer Lee Stingray jr. (drums) who, in previous years, have pulled off their spectacular performances in front of thousands of fans, three times at the Wacken Open Air alone, amongst others. Once you have witnessed this band on stage, you know how exciting and stimulating strenuous rock’n’roll can be.

You couldn’t fit a sheet of paper between Diva‘s music, the message and his look (at best a gold record). Need an example? There are the advance singles ‘Lolita’, complete with a fittingly light video clip featuring scantily clad girls and sunlit beach scenes and ‘Rock’N’Roll Heaven’, staged skillfully à la Tarantino in a dusty desert-like western landscape. Along with the ten other numbers on the record they make for effective proof as to how glamorous rock music can sound in 2019.

All twelve songs were produced by Michael Voss (Mad Max, Michael Schenker, Tony Carey et al) in the ‘Gizmo 7 Studios’ in Malaga, Spain, the ‘Principal Studios’ and the ‘Kidroom Studio’ in Münster, with Chris von Rohr (Krokus, Gotthard) as creative supervisor. A dream team of international renown with the experience of real rock’n’rollers. Hence: Welcome to an album that will revive your rock’n’roll life as well!

Mama Said Rock Is Dead (available on vinyl, CD and mp3 formats at your local stores) is an album where the crazy times of early years meet the drive and energy of oncoming further crazy nights. This album is nothing less than a credo, a prayer and a homage to all those, who have paved the way for John Diva & The Rockets Of Love. It’s a farewell to all the greats of the genre and beyond – to Lemmy, Bon Scott as well as to David Bowie, Janis Joplin or Jimi Hendrix – and a proud statement: Thank you my idol, I’ll take it from here!”