John Diva & The Rockets of Love consisting of lead vocalist John Diva, guitarists J.J. Love and Snake Rocket, bassist Remmie Martin and drummer Lee Stingray have unveiled a video for the first single “Bling Bling Marilyn” from their upcoming new studio album American Amadeus, which will be released via Steamhammer Records on January 15, 2021. The 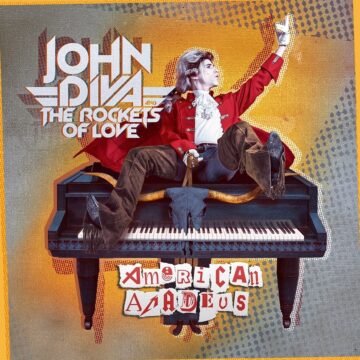