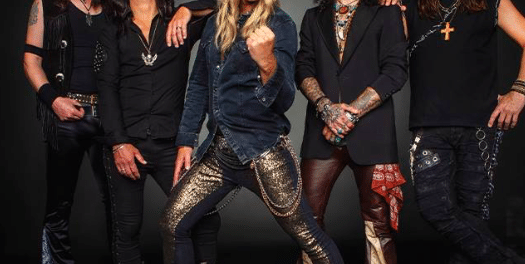 John Diva & The Rockets of Love have released a video for their song “Blinded” from their debut album Mama Said Rock Is Dead, which was released last month. 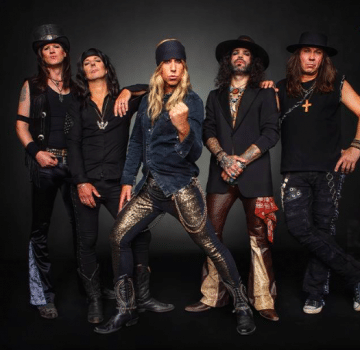 Sleaze Roxx stated in its review of Mama Said Rock Is Dead:

“The comparisons to Steel Panther are going to be obvious with John Diva & The Rockets of Love being a bunch of dudes who look to be well into their ’40s wearing headbands, spandex and heavy guy-liner. In fact, lead guitarist J.J. Love is the only member who does not sport some type of head gear — either because the other members are wearing wigs and/or perhaps J.J. is the only member who is not affected by male-pattern baldness.

Upon hearing the album, there will be many Bon Jovi fans wishing this is what their latest album would have sounded like. Lead vocalist John Diva‘s pipes also closely resemble Jon Bon Jovi‘s mid-tenor rasp and the band does cover a few Bon Jovi tracks as part of their live set. Probably the most Bon Jovi sounding tracks on Mama Said Rock Is Dead would be “Blinded” (which is cut from the same cloth as “Livin’ On a Prayer”), “Wild Life” and “Fire Eyes” which all capture a huge essence of 1980s radio friendly power-pop.”