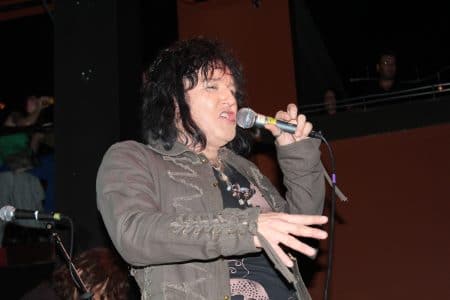 Europe guitarist John Norum was recently interviewed by Andrew DiCecco for Vinyl Writer Music. Norum was promoting his new solo album Gone To Stay which was just released on October 28, 2022.

“So, he does this Queen tribute sometimes, where he goes out on tour, and they dress up like Queen. He has his Freddie Mercury outfit and all that. And a few years ago, he asked me if I wanted to come up and play a couple of songs; he only played Queen songs. So, I played like three songs with him. He knows me from the band Europe. I didn’t know anything about the guy, really; I just knew that he won the Norwegian Eurovision song contest at one point in time. He just had this incredible voice. It’s like, “Wow, this guy sounds just like Freddie Mercury.” I was totally blown away by his voice.

So, after that, we kept in touch, and then we started this copy band with Mickey Dee on drums and Hal Patino on bass. We kept climbing the walls and wanted to do something, so we got together and did this little project called Nordic Beast. We did a few shows in Sweden and Norway and then kept in touch. I thought his voice would be perfect for that song because that’s not my style. When I sing, I like to sing slower, more mid-tempo songs. And this was really high up there, high range, and I sing more low range; Phil Lynott, David Bowie-ish type of thing. That’s what I’m into. So, I asked him if he wanted to do it, and he said, “Yes.”“

You can read the rest of the interview with John Norum at Vinyl Writer Music‘s website.

John Norum‘s “One By One” video feat. Åge Sten Nilsen: