Former Frehley’s Comet bassist John Regan has issued a public statement asking the iconic guitarist Ace Frehley if they could reunite presumably Frehley’s Comet next year on the occasion of the 30th year anniversary of the release of the group’s debut self-titled album, which was released 29 years ago today. 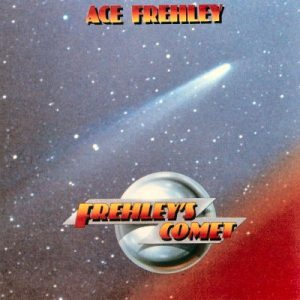 It seems that at least two fourths of the Frehley’s Comet line-up that played on the band’s debut album would be ready to go since Regan currently plays with Tod Howarth in Four By Fate.

Howarth was recently interviewed by Sleaze Roxx and stated the following about a possible Frehley’s Comet reunion: “Oh for sure, if nothing else for the fans alone. We’ve talked about it but we’ve gotten a tepid response from Ace. I feel that from a business standpoint, it would behoove Ace to do it. Right now, Ace has some things going where he won’t be paying much attention to a ‘Comet’ reunion at the moment. I don’t think. In fact, Ace lives right here in San Diego! I met up with him at a book signing years ago and he has my contact information but I haven’t heard from him. As I said, John and I would love to do it but it’s in Ace’s lap. He wants to do what he wants to do. Right now, my focus is Four By Fate.” 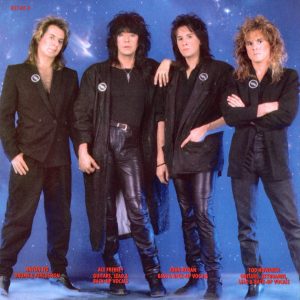 describes Frehley‘s start of his post-KISS career as follows (with slight edits):

“In 1984, Frehley started his post-Kiss solo career by assembling a band that included, among others, drummer Anton Fig (who had performed on Frehley‘s 1978 solo album and on two Kiss albums). Bassist John Regan (who had worked with Peter Frampton), whom Frehley met in 1980, was also an original member of the band as was vocalist/guitarist Richie Scarlet and keyboardist Arthur Stead. The group, whose name alternated between ‘Ace Frehley‘ and Frehley’s Comet, recorded a series of demos throughout 1984 and 1985. The band performed their first ever live show at S.I.R. Studios in New York City on November 30, 1984, and played a handful of shows in the Northeast United States in March 1985.

After a few unsuccessful attempts at securing a recording contract, the group eventually signed to Megaforce Records and released their first album, Frehley’s Comet, on July 7, 1987. The album was co-produced by Eddie Kramer, who had produced not only a number of Kiss albums, but Frehley‘s 1978 album and some of his 1984–85 demos. Fig, now being the in-studio drummer for David Letterman‘s late-night television show, performed on the album but was unable to maintain a permanent commitment to touring. He played on the 1987 tour in the U.S. when Frehley‘s band played a double bill with Y&T, and new band (at the time) White Lion opening the shows. By the time the band began recording this album, Scarlet had left the group to pursue other projects and was replaced by Tod Howarth. In addition, at some point between the initial Frehley’s Comet shows in 1984–85 and their signing to Megaforce, the band had become a four-piece, with Stead no longer playing with the group.

Frehley’s Comet, a mixture of hard rock and pop metal, was a successful return to the music scene for Frehley. The album peaked at No. 43 on the Billboard 200 (selling nearly 500,000 copies), and the single, a Russ Ballard cover “Into the Night”, reached No. 27 on the Mainstream Rock Tracks chart. “Rock Soldiers” was an autobiographic song, written partially about Frehley‘s April 1982 police chase in Los Angeles while driving in DeLorean with his friend. The video for “Rock Soldiers” received moderate airplay on MTV, particularly on Headbangers Ball.”