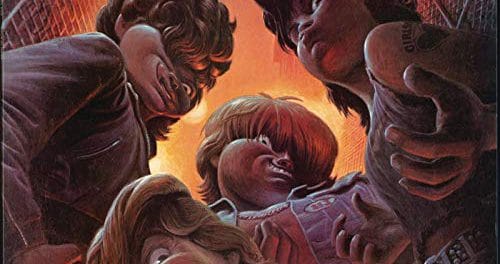 Doro and Britny Fox drummer Johnny Dee was recently interviewed by the 80’s Glam Metalcast. The drummer spoke about his time in Britny Fox including what led to the demise of the band. Britny Fox released four studio albums — Britny Fox (1988), Boys In Heat (1989), Bite Down Hard (1991) and Springhead Motorshark (2003). 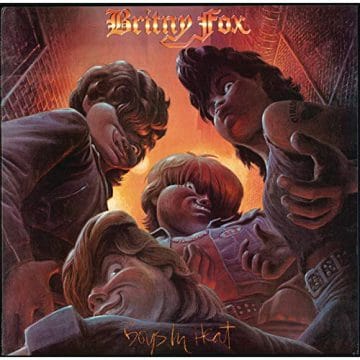 With respect to Britny Fox‘s Boys In Heat album, Dee stated (as transcribed by the 80’s Glam Metalcast with slight edits): “A lot people love that record. It was cool for me because [we] were doing some newer songs and I could get more creatively involved. The first album had been honed down in the clubs and had been written before. There was a bigger budget than the first album, but I think we lost a little bit of the rawness. The drums were a little bit fake sounding. I thought there was a couple too many songs on that one. I don’t like the title and I don’t like the cover. For me it was the beginning of the end, things were starting to fall apart. Dean started to second guess everything. The sound, the image, he was looking for critical acclaim.”

In terms of what led to Britny Fox frontman Dizzy Dean Davidson leaving, Dee indicated: “It was a gradual thing. It was the cliché story of bands that start as a brotherhood. Then there is always one guy or two that are the creative people in the band as far as writing. Dean would write most the stuff and collaborate very little. Then the success comes and the person who has done the writing work is like “I am at the head of the class”. There was always this weird vibe with Dean. It was always, “Me, me, me.” When the success came from the first album, it was hard to keep control of it. Once the second album really wasn’t doing well, everyone started panicking. That’s when Dean was showing his discontent and ego. People were telling him that he could do it by himself. So Dean just flipped out one day. He had a whole other band hired and the songs written before he said screw it, I’m outta here. We were all shocked!”

With respect to what Dizzy Dean Davidson and guitarist Michael Kelly Smith are doing now, Dee stated: “Well if you talked to Dean, he’d say he’s not done. For me, you’re only as present as your last record. The guy hasn’t done anything as in touring. So nobody knows what he’s doing. I’m sure he’s still writing songs. He’s been writing songs since he left Britny Fox but no one as heard them. Michael‘s the same. He’s disappeared. I haven’t talked to him in years.”

You can listen to the interview with Johnny Dee by the 80’s Glam Metalcast below:

In this episode, I talk to a Glam Metal drumming legend from Britny Fox and Doro – Johnny Dee. We talk about the rise and fall of Britny Fox and where his pa…