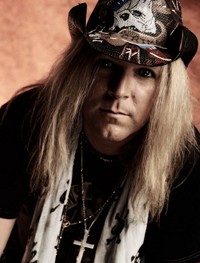 California rocker and producer Johnny Lima released his fifth studio album ‘Livin’ Out Loud’ in 2009. Now he is offering fans a free download of two previously unreleased tracks from the ‘Livin’ Out Loud’ recording sessions, “Nowhere Left To Go” and “Naturally Beautiful”. Both songs can now be downloaded at soundcloud.com/johnnylima.

The ‘Livin’ Out Loud’ album is available for purchase at www.cdbaby.com/cd/lima4. The album showcases a more guitar-oriented approach than Lima’s previous releases, or as one critic put it, “12 stunning new songs! His new stuff sounds dirtier, catchier and rougher than everything else before.”