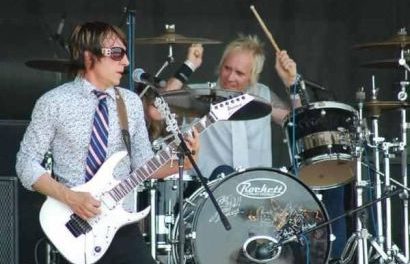 Johnny Monaco no longer the singer for Enuff Z’Nuff?

Only eight days after Frontiers Music Srl had announced that it had signed Enuff Z’Nuff for the release of a brand new studio album sometime in the fall of 2016 and that singer-songwriter Johnny Monaco was fronting the power-pop trio along with co-founder Chip Z’Nuff and drummer Erik Donner, Metal Sludge has announced that bassist Chip Z’Nuff has taken over the lead vocal duties and Monaco has no plans to return to the band. 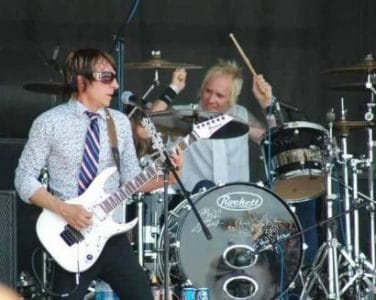 stated the following in its article:

Johnny Monaco, lead singer and guitarist for Enuff Z’Nuff, has announced he is out of the band in the wake of Enuff Z’Nuff playing in New York this past weekend without him, Monaco said just a few minutes ago in a Metal Sludge exclusive.

“Initially, I just wanted to take a break because of a problem with my thumb — it’s called “trigger thumb” — to figure out my treatment options, but now I’m not sure if I want to come back because it looks like I’m not needed,” Monaco said.

Furthermore, Monaco said he felt snubbed in not being included in a new record contract for Enuff Z’Nuff that Chip just signed with top European label Frontiers Records.

“I’m disappointed in not being involved,” Monaco said. “Frontiers wants old songs with (original singer) Donnie Vie. Chip is saying this is going to be a new record, but it’s not. It’s old stuff with Donnie. Part of the deal, I think they’re giving Donnie money obviously because he wrote the songs. That’s another thing. If I was the writer, it would make more sense for me to still be in the band.”

Monaco said he spoke to Z’Nuff two days ago and that Chip said he wants to do the singing now.

The whole article can be read at Metal Sludge.