Johnny Rod willing to do W.A.S.P. reunion with Blackie Lawless, Chris Holmes and any drummer

Former King Kobra and W.A.S.P. bassist Johnny Rod was recently interviewed by Duke TV and spoke about how he ended up joining W.A.S.P. and his interest in a W.A.S.P. reunion with frontman Blackie Lawless and guitarist Chris Holmes. 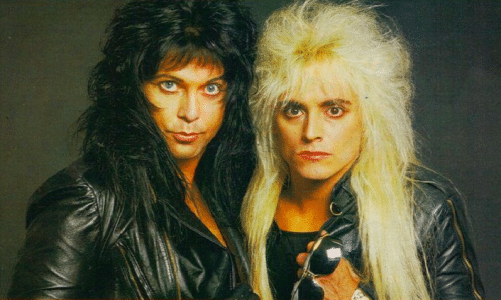 Rod stated (as transcribed by Sleaze Roxx): “I’d do a reunion. I’d do a reunion with W.A.S.P. you know. You got Chris [Holmes] and me across the front. We could Steve [Riley], Stet [Howland], Frank [Banali], whomever can play you know? One of those guys would be the drummer, that would be great. It’s sad because I would love to do it. I think that we should do it for the fans. Most of the fans want it you know. It’s the Blackie Lawless show now. It’s not W.A.S.P. anymore. It’s Blackie. It’s not W.A.S.P.! Hey Blackie, if you’re listening man. Let’s do this again. What the hell? Let’s let bygones by bygones as they say. Nah, you know, we’re all older man. Whatever issues we got, just let it go man. Let’s go out and rock the fucking world one more time ’cause they want it and they love it too. And you know we can do it [laughs].”

Last year, former W.A.S.P. drummer Steve Riley had expressed an interest in a W.A.S.P. reunion but with Lawless, Holmes and guitarist Randy Piper.

W.A.S.P. – I Don’t Need No Doctor/All rights to the video belong to their legal respectful owners./