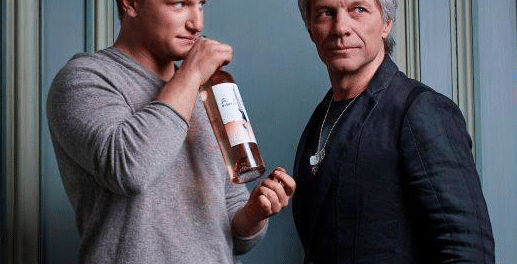 Bon Jovi frontman Jon Bon Jovi was recently interviewed by the Entrepreneur about Hampton Water Wine, which he launched along with his son Jesse Bongiovi and French winemaker Gérard Bertrand earlier this year. Hampton Water Wine was just recently named the Best Rosé of 2018 by Wine Spectator in the publication’s Top 100 Wines ranking. 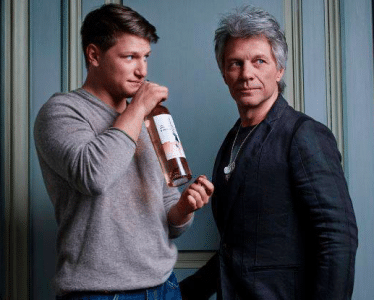 In terms of what prompted him to get into the winemaking business to start with, Jon Bon Jovi advised: “My son, Jesse, deserves all the credit in regard to us getting into the wine business. One summer night, about two and a half years ago, I was drinking some rosé, a staple in our household, with Jesse. It was getting late, so I offered him one last glass of “pink juice” before calling it a night. Jesse sort of laughed and told me that no one refers to rosé as “pink juice” anymore; it’s now Hampton Water. I said right then and there what a great name that would be on a bottle, and Jesse lit up.

The next morning he came downstairs, still fired up from our conversation the night before. He started rattling off all of these ideas for his new rosé, Hampton Water. I could see how passionate he was about this, and I said to him, “Look if you’re serious, do your research. You know a lot of successful people, talk to them and educate yourself on how to start a successful business, study the wine industry, specifically rosé, then put together a legitimate business plan, and come back to me.” And here we are — a Wine Spectator rated 90-point rosé listed in their Top 100 Wines of 2018.”

On whether there were any lessons that he learned in his music career that translated to running a wine company, Jon Bon Jovi opined: “Oh, absolutely. Teaming up with Jesse and Gérard to create Hampton Water isn’t too different than collaborating on a song. Everybody’s one line is what brings it together.”

You can read the rest of the interview with Jon Bon Jovi at the Entrepreneur.