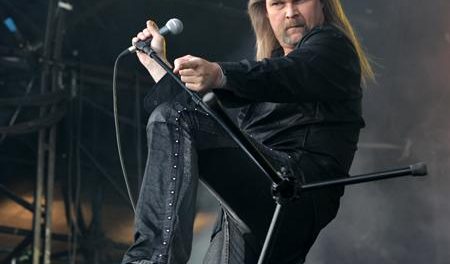 Norwegian powerhouse vocalist Jorn was recently interviewed by Don de Leaumont of the Great Southern Brainfart and revealed information about being asked to play in Heaven And Hell that he had never revealed to anyone.

Excerpts from the interview by the Great Southern Brainfart with Jorn are as follows: 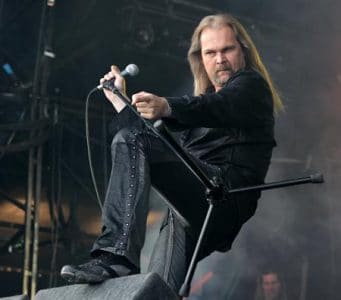 Jorn was asked whether when Ronnie James Dio started to really get sick, was he ever called in as a standby. Jorn replied: “When Ronnie was sick, I was asked to do some shows that they had already booked. I never really asked anybody in the camp this question but as far as I know, it was Ronnie’s decision that he wanted to go through with the shows regardless of his treatment. When Ronnie got weak and got into a really bad shape, the band discussed the possibilities of doing if not all the shows, some of them. They asked me if I would be up for it to do some songs and then Ronnie would be on stage to sing some songs so we would just go back and forth, just so they could make the shows happen. A few weeks later, I got the message that Ronnie had passed. It was kind of strange and thinking back now, I’m honored that I was asked at the time. Don, you are actually the first person I’m ever telling this to… Honestly, most of my connection with that I just usually kept it to myself for many years. Mostly out of respect and also because I didn’t want people to misunderstand things. I kept it to myself to just secure myself and to know in my own heart that I didn’t go out there and talk about a lot of it in detail to upset all the fans of Ronnie and Black Sabbath. I just kept it to myself and kept a low profile. Still, there was a lot of shit going but now that two years have passed, I’m so glad I did it. I’m really grateful for the experience and I owe a lot to Tony and Geezer and everybody in that camp. They were always so nice to me and treated me with respect.”

With respect to Heaven And Hell, Jorn indicated: “Actually, I did some demo things with Tony back around 2005. After that, Heaven and Hell happened so we already have done some stuff together that has never been released. Nobody told me back then about the plans for them to do Heaven and Hell.”

Jorn was also asked whether it was disappointing that Iommi and Butler decided to go back with Ozzy Osbourne in Black Sabbath rather than move forward with him. Jorn replied: “Looking at it now, it was obvious that Black Sabbath had a plan to finish and they had to look at their legacy and their health. On one side, I wish we could’ve played some more shows or I wish we could’ve written some more stuff together. Maybe it will even happen but who knows? It’s not something I expect. I have inner peace that I am doing my own thing and I’m fine that whatever happens in the future happens will happen. If it’s the right time in the future and it happens, that’s fine but I’m also fine if it doesn’t happen.”

You can read the entire interview with Jorn at the Great Southern Brainfart.