Norwegian powerhouse singer Jorn has released a video for his cover of Dio‘s classic song “Rainbow In The Dark.” 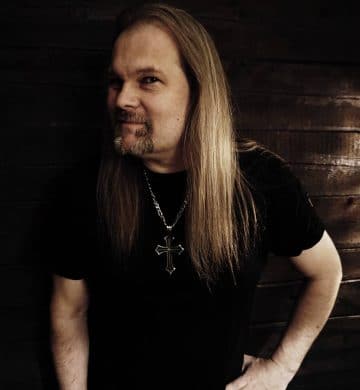 This is the seventh video released by Jorn in support of his cover songs album Heavy Rock Radio.

Sleaze Roxx stated the following in one of its two reviews of Heavy Rock Radio: “Where I find that Jorn falls short with Heavy Rock Radio is when he tries to cover songs that are already great in my mind. It’s hard to really improve on a song that is already great from the get go but that’s exactly what Jorn tries to do when tackling some heavy metal classics such as Iron Maiden‘s “The Final Frontier”, Dio‘s “Rainbow In The Dark” and Black Sabbath‘s “Die Young.” Now, Jorn‘s versions of those songs are not bad by any means and for the most part stand up to the original tracks. However, what Jorn does not do is take those songs — that were already great — to the next level because frankly there is not that much more to aspire to. For the hard rock / heavy metal songs that Jorn covers, I find that his versions are on par, sometimes a little better, often slightly worse (such as his cover of Paul Stanley‘s “Live To Win”) than the original versions. Nevertheless, Jorn‘s cover versions of all the songs are at least good to great.”

Jorn‘s “Rainbow In The Dark” video:

Dio‘s “Rainbow In The Dark” video: