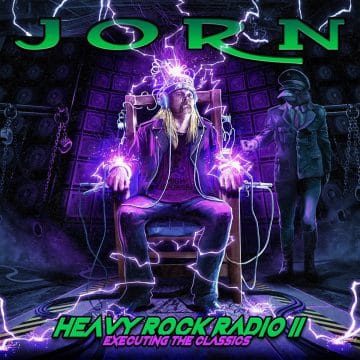 “After releasing “Heavy Rock Radio II” on January 24th, just before the coronavirus pandemic hit the world, a music video for the song ‘New York Minute’ was something I very much wanted to do. ‘New York Minute’ is one of those epic songs that is relevant regardless of the times and even though it reflects on NYC and the specific story penned by Don Henley, it’s a timeless classic that is lyrically identifiable to people everywhere. It reflects everything from everyday life and love, to terror, despair, and personal crisis, and could easily include today’s pandemic situation…an imprint of our time described with simple words that bring a visual to our minds. If there was ever a time capsule to be buried leaving some music for future generations to find, what better song to include, lyrically, than ‘New York Minute’?

It’s been fantastic to see many fellow musicians performing from home, giving support, and sharing personal experiences in these difficult times of quarantine and illness. A heartwarming massive global movement to support all the hard working health care workers who are at the front line battling against Covid-19, the true heroes in these challenging times! Regardless of who we are and what we do, we’re all affected by the situation in various ways, and I feel that despite the lockdown and physical distance of staying home, it still brings us all closer together.

Many are asking for a Jorn-performance from home, and I hope releasing this video will be a good alternative to a living room show. I have been spending time with my good and very competent friends at Showfabrikken (The Show Factory), happy to be able to make this video happen in the middle of this situation, taking all necessary precautions to keep safe and healthy while working.

In these unusual times, this song and video represents a globally relevant message, easily identifiable for people all over the world, and I hope it can inspire through hard times.

Take care of each other, life is fragile! Everything can change…in a New York Minute.” – Jorn“

Subscribe To Our Channel: http://radi.al/SubscribeFrontiers | From the album Heavy Rock Radio II – Executing The Classics. Buy or Stream: https://radi.al/HRR…