If things were not bleak enough for Bobby Blotzer with the two court rulings against his company WBS, Inc. and singer Josh Alan quitting his version of Ratt, bassist Juan Croucier just announced to one of his Facebook followers that the Ratt group featuring Croucier, singer Stephen Pearcy, guitarists Warren DeMartini and Carlos Cavazo, and drummer Jimmy DeGrasso will “soon” be obtaining the official Ratt Facebook page.

Drummer Bobby Blozter‘s version of Ratt has been using the official Ratt Facebook page (with 639,031 Facebook likes at press time) ever since the drummer changed the name of his band Bobby Blotzer’s Ratt Experience to Ratt back in September 2015. 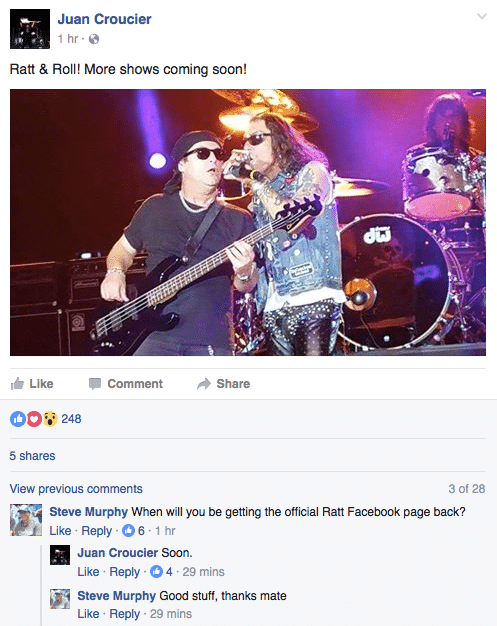