It has been no secret that Ratt drummer Bobby Blotzer has been in litigation proceedings against some of his former Ratt bandmates including bassist Juan Croucier for allegedly infringing on Ratt trademarks and against guitarist Warren DeMartini over the use of the Ratt name and brand. 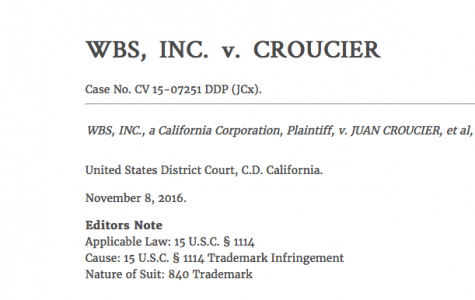 To make things more complicated, the Ratt name and brand are apparently owned by a corporate entity named WBS, Inc. of which Blotzer and DeMartini are the two sole shareholders.

A decision from the United States District Court, in C.D. California was rendered on November 8, 2016 with respect to WBS, INC. v. CROUCIER (the “Decision”). The Decision provides a lot of background information on what took place and led to the formation of WBS, Inc. as well as what led to the various disputes between Blotzer and Croucier as well as Blotzer and DeMartini.

The following are excerpts from the Decision (which is a public document) detailing the background information on the various disputes between the parties:

“ORDER RE: MOTIONS FOR SUMMARY JUDGMENT

Presently before the court are three separate motions for summary judgment: one filed by Defendant Juan Croucier, another filed by Defendants Rob Hoffman and 1 Model Management, LLC (collectively, “Hoffman”), and a third filed by Plaintiff. Having considered the submissions of the parties, the court grants Defendants’ motions, denies Plaintiff’s motion, and adopts the following Order.1 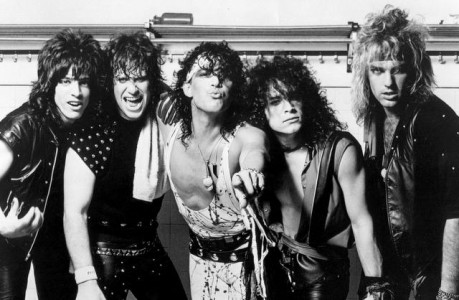 In 1985, the five founding members of the heavy metal band RATT formed a California partnership (“the RATT Partnership” or “Partnership”). (Declaration of Juan Croucier in Support of Motion, Ex. A.) The members of the RATT Partnership were Robbinson Lantz Crosby, Stephen Pearcy, Robert Blotzer, Warren DeMartini, and Defendant Juan Croucier. (Id.) A written agreement formalizing the Partnership (the “Partnership Agreement”) provided that “each member . . . owned an equal 20% share in the partnership, including in [several] RATT trademarks.” (Id. ¶ 4; Ex. A at 5).2 Under the Partnership Agreement, no partner could transfer his interest without the unanimous written consent of all partners. (Id., Ex. A at 14.) Partners could voluntarily withdraw from the RATT Partnership by giving the other partners three months written notice of the withdrawing partner’s intent to withdraw, or could be involuntarily expelled from the RATT Partnership with the unanimous consent of the other partners. (Id., Ex. A at 16.)

The band went on hiatus in 1992, by which time one of the five members of the RATT Partnership, Crosby, had been expelled in accordance with the Partnership Agreement. (Croucier Decl. ¶ 6.) In 1992, Pearcy hand-wrote a document referring to his “departure from RATT” and stating that he was “leaving the band.”3 (Croucier Decl., Ex. B.) That same year, DeMartini‘s representative informed the other members of the band that DeMartini was no longer a member “of the recording and performing group professionally known as RATT.” (Croucier Decl., Ex. C.)

In January 1997, Blotzer and Pearcy purportedly sent Croucier a “letter of expulsion” expelling him from the RATT Partnership. (Supplemental Declaration of Drew Sherman, Ex. G at 18; Ex. X at 16.) Later that year, Pearcy, Blotzer, and DeMartini executed a “Bill of Sale and Agreement” representing that they were the members of the RATT Partnership and conveying all rights in the RATT trademarks to the newly formed WBS, Inc. (“WBS” or “Plaintiff”) in exchange for shares in WBS. (Counterclaim ¶ 17; Croucier Decl. ¶ 8; Request for Judicial Notice, Ex. 5.) Croucier was not a party to this transaction, nor did he tour with the RATT band in 1997. (Declaration of Drew Sherman in Support of Plaintiff’s Motion, Ex. G at 160.) WBS recorded the assignment of the trademarks with the United States Patent and Trademark Office seven years later, in 2004. (RJN, Ex. 5.) Various iterations of RATT toured, without Croucier, between 1992 and 2012. Croucier rejoined the band from 2012 to 2014. 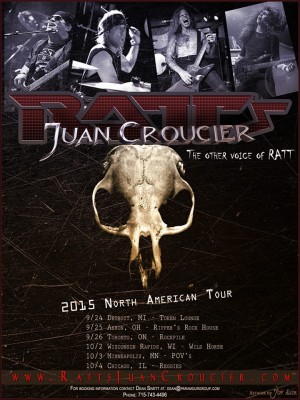 In 2013, after discussions with Blotzer, Croucier, DeMartini, and Pearcy, Defendant Hoffman began working as RATT‘s band manager. (Declaration of Rob Hoffman ¶ 3.) Hoffman followed the day-to-day direction of Blotzer and DeMartini who, by that time, were the only two shareholders of WBS. (Id. ¶¶ 2-3, 5.) At some point, Hoffman was given sole administrator rights to RATT‘s Facebook and Twitter accounts. (Hoffman Decl. ¶ 11.)

In 2014, Pearcy, Croucier, and Blotzer each formed or performed with their own separate bands. (Croucier Decl. ¶ 10.) Blotzer formed a band called “Bobby Blotzer’s Ratt Experience,” but then changed his band’s name to RATT. (Id.) In August 2015, Croucier‘s band announced itself as “RATT’s Juan Croucier.” (Supplemental Declaration of Drew Sherman, Ex. G at 35.) Croucier began using the RATT marks on advertisements and merchandise, and continued to refer to himself as “The Other Voice of RATT,” as he had done since as early as 2007. (Id. at 38, 56.) In August 2015, counsel for Blotzer made several demands that Croucier stop using the RATT marks. (Suppl. Sherman Decl., Ex. B.) “RATT‘s Juan Croucier” has played approximately twelve shows since August 15, 2015, and Croucier admittedly continues to use the marks. (Id. at Ex. at G36.) On September 10, 2015, Croucier sent a letter to DeMartini confirming that Croucier was “currently a member of Ratt and the band has not played any shows” since 2012. (Croucier Decl., Ex. 3.) That same day, DeMartini confirmed that Croucier‘s statement was accurate. (Id.)

On September 4, 2015, counsel for Blotzer demanded that Hoffman turn over all social media logins and passwords “that are owned by WBS, Inc. or use any of WBS, Inc‘s intellectual property.” (Hoffman Decl. ¶ 12.) That same day, however, DeMartini instructed Hoffman not to take any action. (Hoffman Decl., Ex. B.) Hoffman informed Blotzer‘s counsel of the dispute between the WBS shareholders and expressed a desire to remain neutral until the dispute was resolved.4 (Id. ¶ 14.)

On September 15, 2015, WBS filed the instant action against Croucier and Hoffman, alleging causes of action against Croucier for trademark infringement and dilution, unfair competition, and interference with economic relations related to Croucier‘s advertising and performances with “RATT’s Juan Croucier,” as well as tortious interference and conversion claims against Hoffman. (Dkt. 1). DeMartini has since filed a shareholder derivative suit against Blotzer on behalf of WBS. (Croucier Decl. ¶ 10.)

COURT DECISION ON WHETHER CROUCIER INFRINGED THE RATT TRADEMARKS:

The Decision goes on to discuss whether the corporation WBS, Inc. has an ownership interest in the Ratt trademarks, which is crucial for Blotzer since WBS, Inc. was formed with Blotzer, DeMartini and singer Stephen Pearcy as the shareholders while excluding Croucier. 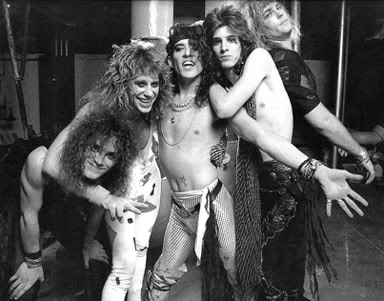 The following are further excerpts from the Decision:

The Decision suggests that Blotzer‘s continued use of the name Ratt under the corporation WBS, Inc. is most likely in jeopardy since WBS, Inc. cannot prove that it has an ownership interest in the Ratt marks and in fact, the Decision states at footnote 11: “the evidence establishes that the assignment of the RATT marks to WBS was invalid.” The question then becomes who controls the Ratt name since Croucier has apparently never left the Ratt partnership, nor was he expelled from it, while there remains some questions on whether Pearcy and DeMartini did leave the partnership in the ’90s.