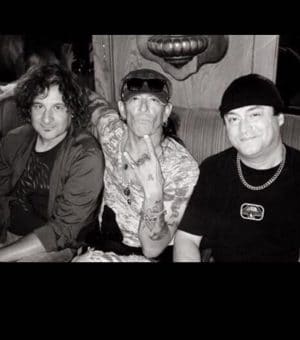 With Stryper having decided to pull out from the Rock N Skull 2016 edition festival (which is scheduled from October 28 to 30, 2016) to apparently concentrate on their 30th year anniversary tour to celebrate their To Hell With The Devil album, Rock N Skull organizer Justin Murr has been working extremely hard to find a replacement worthy of the festival’s departed headlining band.

Stephen Pearcy who was slotted to play just before Stryper on the last day of Rock N Skull has now been slotted as the headliner for that evening and to close the festival. Pearcy‘s set at Rock N Skull will now be extra special given that his former Ratt bandmate Juan Croucier will be joining him onstage for the gig. In addition, Pearcy also already has drummer Greg D’Angelo (White Lion, Stephen Pearcy) in his band line-up meaning that if Rock N Skull are able to convince/attract guitarists Warren DeMartini (Ratt) and Carlos Cavazo (Quiet Riot, Ratt), this would be the reunion that many have been clamouring for ever since a photo of Pearcy, Croucier, DeMartini, Cavazo and D’Angelo appeared on Facebook on July 30, 2016. Only time will tell! 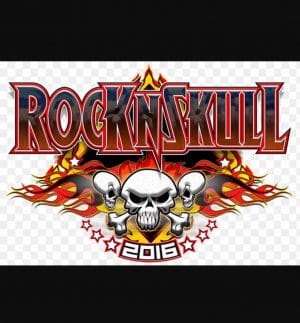 “Headlining Sunday Night at RNS 16 will be Stephen Pearcy with special guests……. We just confirmation of one of those special guests!!! Joining Stephen will be one of his “original” old band mates….Juan Croucier

Are we done yet… Hang on!

Grab your tickets for this very rare and very special performance !!!!”

Murr also announced yesterday via Facebook that Talon will be playing this year’s Rock N Skull and that he is working on making two more announcements.

Tickets for the Rock N Skull 2016 edition can be purchased here.

In terms of Stryper pulling out of Rock N Skull, this is the statement that was posted by Murr (via Facebook) from the band back on August 18, 2016:

“We regret that we are having to cancel our performance at the Rock N Skull. We apologize to the fans of the festival, to Rock N Skull, and to Justin Murr – the promoter. At the time we originally scheduled this appearance we were unaware that we would be embarking on a national 30th Anniversary tour for our To Hell with the Devil album. Unfortunately the confines and variables surrounding that tour have made it so that we are unable to play Rock N Skull. We encourage all of our fans to go to the festival, support the great acts performing, and to celebrate the music that brings us all together. We will miss seeing you this time but hope to return sometime in the future. God Bless you all! – Stryper”