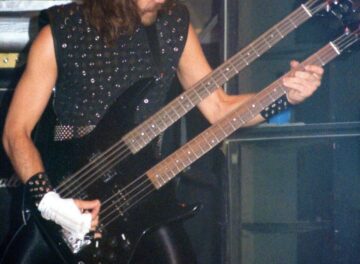 Judas Priest founder and long-time bassist Ian Hill was recently interviewed by Andrew Daly for Vinyl Writer Music. Judas Priest will be part of the inductees in the Rock and Roll Hall of Fame in 2022. The 37th annual induction ceremony will be held at the Microsoft Theater in Los Angeles, California, USA on November 5, 2022. 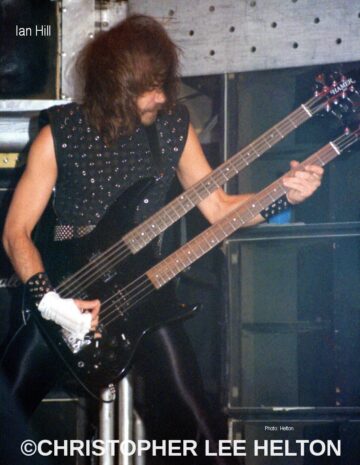 Hill was asked to quantify the significance of that accomplishment to which he indicated: “It’s always great to be recognized by your peers. It’s a lot different than when a fan likes what you do because a fan can love your work and be into the music, but your peers understand the work that goes into what you do. They know what it takes to produce and perform, so to be recognized by them is a bit special, and it’s a real honor.”

It has taken a long time for Judas Priest to get into the Rock and Roll Hall of Fame (and the heavy metal veterans are not getting inducted in the customary “Performers Category” but rather will be the second band to receive the “Award for Musical Excellence”) and Hill was asked whether he felt there was bias there. Hill‘s answer was quite diplomatic as he stated:

“I think it’s metal in general, really. When it comes to heavy metal, apart from the ’80s stuff, it’s always been something that’s sort of bubbling somewhere underneath the surface of the mainstream. You’ll get the major forms of popular music like pop and rap that are in your face all day, every day, but not metal. That stuff is there all the time while you’re driving to work; it’s on the radio, it’s on the TV, and it’s very, very prominent. I suppose jazz is a bit similar to metal in that it’s very easy to overlook, but aside from that, metal is and always has been the overlooked genre in terms of what’s popular. Although heavy metal is rock at heart, it always has been and always will be, and I think that’s the primary reason it’s been overlooked. In terms of metal, I think Metallica, Black Sabbath, and ourselves are in the Hall of Fame, I guess. If I’m wrong, I stand to be corrected, but maybe our getting in will open the doors to a few more metal bands. And I hope that’s the case because there are more out there who deserve to be inducted.”

You can read the rest of the interview with Ian Hill at Vinyl Writer Music‘s website.