After the shock announcement that Judas Priest were going to tour as a four piece rather than as the traditional five piece that they have been doing for about 50 years, and that guitarist Andy Sneap would not be part of the touring band, guitarist Glenn Tipton‘s brother Gary Tipton has provided his opinion on the decision with the following Facebook post earlier yesterday (with slight edits): 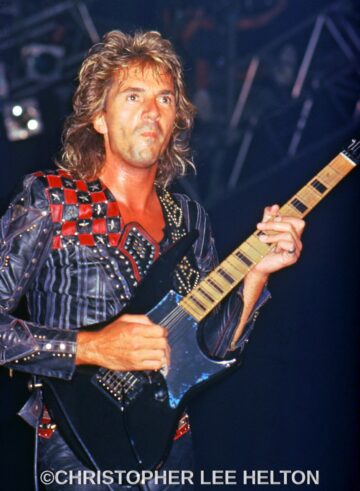 “Priest as a 4 piece? Big mistake also very unfair to Andy Sneap who worked so hard at very short notice when Glenn announced that he wasn’t capable of doing a full tour. Priest‘s songs need that chugging guitar plus the twin lead sound at times.I see this as financially driven certainly not musically driven. These observations are purely mine and I haven’t discussed this with Glenn or any one else. Before going any further I think it would be a good idea for the band to have another think, and say that a mistake has been made and that they’ve asked Andy to stay.”

“Everyone please understand if I was still permanently employed by Priest I would have made no comment. However at the moment I am not employed (will I ever be again, doubtful I would think but my comments remain the same.) by the band.”

“Gary Tipton – this is a full BAND decision Gary – not something they have gone into lightly – they have all discussed it in depth – they know exactly what they are doing and have never disappointed – people should not judge until they see the band live as a four piece – have some faith!”

“Gary Tipton I trust the band to have made the right decision – they know their own music better than anyone – why not judge after you’ve seen them play live again….!” 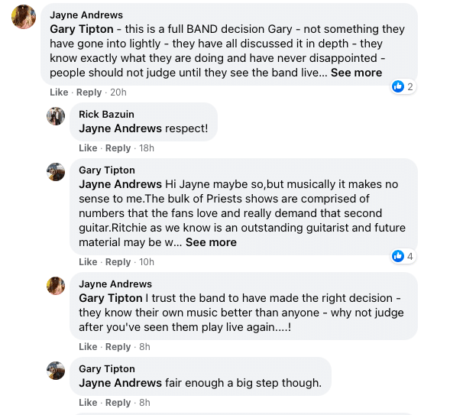