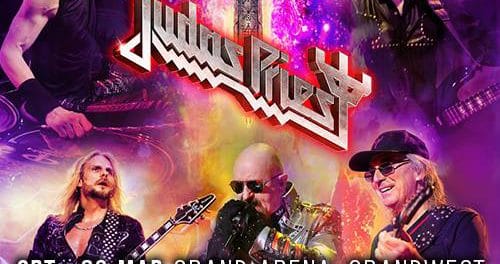 Once upon a time, younger unsigned and relatively unknown bands were able to go on tour with their heroes on what seemed like a regular basis. The model has changed these days with arena or stadium headlining bands often not even bringing an opening 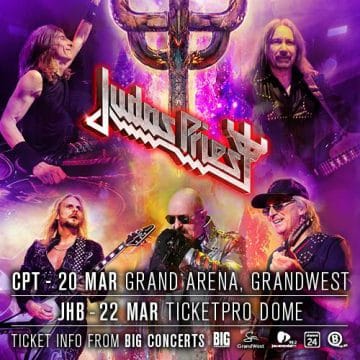 act with them, or the headlining act bringing fairly established or veteran bands with them (for example, Def Leppard taking Styx and Tesla with them a couple of years ago) or the relatively unknown opening act reportedly having to pay a high amount of money to the headliner for that opportunity. With respect to the latter, take for example The Raskins opening during Mötley Crüe‘s final tour a few years ago.

Veteran heavy metal rockers Judas Priest will be playing South Africa for the first time and have elected to give the opportunity to two younger “local” bands to open for them.

The following message was posted in part on Judas Priest‘s Facebook page yesterday:

L.A. Cobra are no strangers to Sleaze Roxx as their last album Shotgun Slinger finished at #4 on the Sleaze Roxx’s Top Ten Albums of 2017.