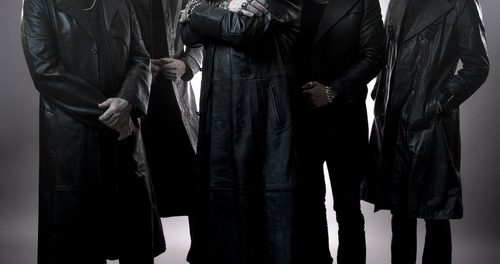 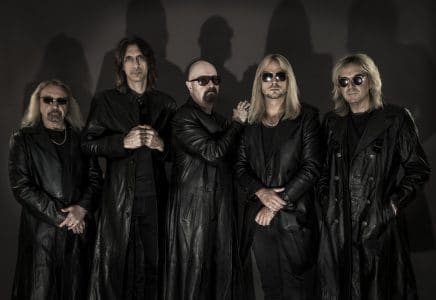 Faulkner was asked about Judas Priest‘s follow-up to 2014’s Redeemer Of Souls album to which the guitarist replied: “I just flew straight back out of the UK — straight to Sweetwater. We’ve just been in the studio for a couple of months putting songs together. We haven’t started the recording process yet, but we’re recording demos. We’re recording songs that work without the production to save them, if you know what I mean. But the core value… We’re putting down some grassroots ideas and fleshing them out for the next Priest record. So we’re gonna go into the studio to start recording in January. So it should be out sometime next year. But we’re not touring next year. So we’re gonna be touring, hopefully in 2018.”

You can listen to the rest of the interview by Sweetwater below:

Mitch Gallagher is joined by Richie Faulkner, guitarist for Judas Priest. He talks about what it’s like playing for a band he came up listening to, how he g…

Sleaze Roxx stated the following in one of its two reviews of Redeemer Of Souls: “Although Judas Priest have offered thirteen tracks on Redeemer Of Souls, plus five more on the deluxe edition bonus disc, all of them are good — which is a testament to the

band for providing a consistent strong batch of new songs. I even like the ballads that close each disc — “Beginning Of The End” and “Never Forget”, the latter which could potentially provide poignant moments on stage if played live. This is easily the best Judas Priest record since Glenn Tipton, Ian Hill and Scott Travis reunited with Halford over a decade ago. This is also the first Priest studio album not to feature guitarist K.K. Downing, but newcomer Richie Faulkner fills in admirably — frankly, the band do not seem to miss a beat without Downing.

The one small knock on Redeemer Of Souls is that there is no real standout track such as a “Victim Of Changes”, “Painkiller” or “You’ve Got Another Thing Comin’”. If you have the opportunity, I highly recommend that you pick up the deluxe version of the CD because the bonus disc contains some of the best tracks including the upbeat “Snakebite”, which reminds me of material found on Halford‘s last solo album Halford IV: Made Of Metal, the very good “Tears Of Blood”, the easy to sing along to “Bring It On” and the beautiful ballad “Never Forget”. Truth be told, I have listened to the bonus disc more than the main Redeemer Of Souls album. We might have to wait a little longer each time for Judas Priest to release new studio records, but the wait was worth it for Redeemer Of Souls.”