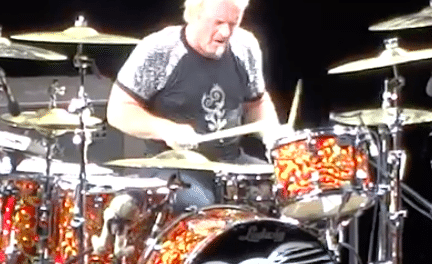 It appears that it will be difficult for drummer Joey Kramer to reintegrate into the Aerosmith band line-up as TMZ has reported that a Massachusetts judge has ruled that the 69-year old drummer will not be rejoining the band at least in time for the group’s upcoming performance at the Grammy Awards on Sunday, January 26, 2020. Kramer had recently filed a lawsuit against the remaining band members complaining in essence that he wasn’t allowed to play in the band anymore. 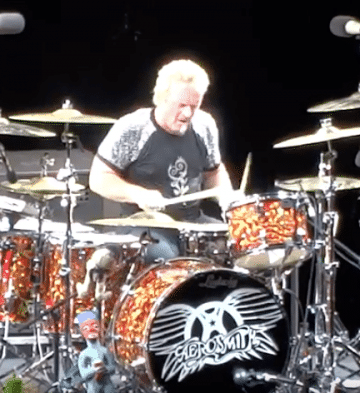 The judge is quoted as saying: “Given that Kramer has not played with the band in 6 months and the dearth of available rehearsal time before the upcoming performances, Kramer has not shown a realistic alternative course of action sufficient to protect the band’s business interests.”

“The band waited until January 15th to tell me that they weren’t letting me play at the awards ceremonies this week. I can hold my head high knowing that I did the right thing – to fight for my right to celebrate the band’s success that I have dedicated the better part of my life to helping build.”

“The band’s offer to allow me to participate in this week’s MusiCares and Grammy celebrations for red carpet photo ops only, is appreciated; however, with a fill-in drummer playing on stage at two events honoring our collective musical contributions, it is extremely hurtful to me. I am a professional musician who is eager to return to my rightful place with Aerosmith.”

You can read the complete article at TMZ‘s website.

Aerosmith are scheduled to resume their Deuces Are Wild Las Vegas residency at MGM in Las Vegas, Nevada, USA on January 29, 2020.