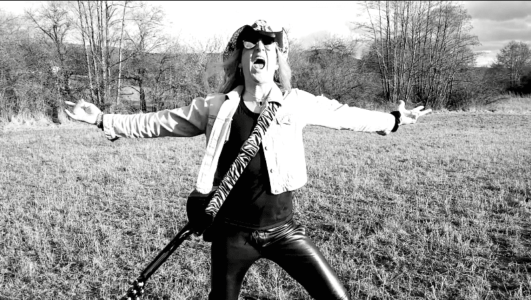 After an almost five year absence, German rocker Julian Angel is back with a video for his new single “The Last Rebel” under the name Julian Angel’s Beautiful Beast.

“Julian Angel’s Beautiful Beast just released a new music video titled “The Last Rebel”. Fans can expect powerful hard rock with huge choirs and an inevitable Western twang and a guy wearing a t-shirt at temperatures around the freezing point slinging his black-and-white striped guitar and riding on a horse – but not all at the same time. Is there any chance for a new record? “I have recorded four or five new songs already with more ideas whirling around in my head. And yes, I would love to release another album” says mastermind Julian Angel. That could be his seventh output ever since he first appeared on the scene in 2001. For now, here’s the new music video “The Last Rebel”.”