Sad news for Junkyard and/or Little Caesar‘s Canadian fans as both bands have been denied entry in to Canada for their two planned gigs at The Brass Monkey in Ottawa, Ontario on May 22nd and The Rockpile in Toronto, Ontario on May 23rd. 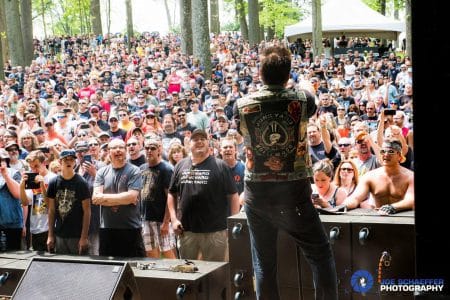 “Due to Customs and Border issues, it appears the Canadian Government have refused Junkyard and Little Caesar‘s entry into Canada.

Therefore, the shows slated for May 22nd at the Brass Monkey in Ontario and The Rockpile in Toronto on May 23rd have been cancelled and refunds are available.

We would like to apologize to all of our Canadian fans and hope to be able to reschedule at a later date.

In the meantime, we are trying to pick up a gig to fill those dates so stay tuned for more updates.

“Due to Customs and Border issues, it appears the Canadian Government have refused Junkyard and Little Caesar‘s entry into Canada….so the Ottawa and Toronto dates have been postponed!!!! I guess when you socialize with men in colorful vests that ride motorcycles for a large portion of your life, they frown upon your presence. Stay tuned for the new dates….sorry kids!!!!”

Sleaze Roxx stated the following in its review of Junkyard‘s recently released new studio album High Water: “If you’re looking for something a little bit off center from a familiar name and if you proceed with an open mind, you might find the hidden gem of 2017 in High Water.”