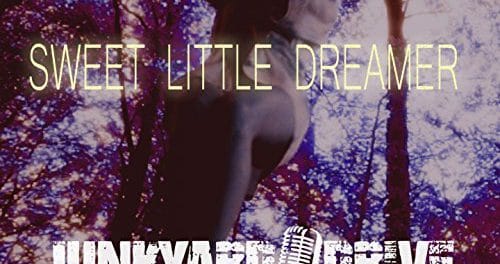 Danish sleaze rockers Junkyard Drive have released a video for their new song “Sweet Little Dreamer” from their upcoming new studio album Black Coffee, which will be released via Mighty Music later this year. 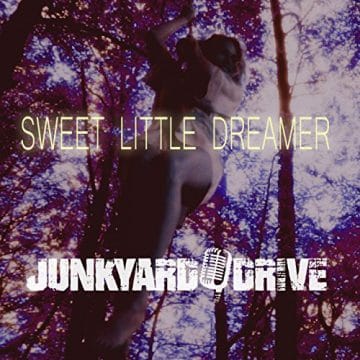 “Junkyard Drive. The band behind the brilliant “Geordie”- cover that has raged across the Scandinavian rock radios and playlists, are now ready with their new single and video for “Sweet Little Dreamer”. Just in time for their concert at Sweden Rock Festival 2018!

“Sweet Little Dreamer” is a story about a woman who is dreaming out of everyday stress. We follow the protagonist who initially finds herself in her own adventurous dreamland. She has a sense of freedom and plays through life until she later becomes in the story, realizing that you can’t escape from trouble by dreaming them away.

“Sweet Little Dreamer” is a washy 70/80’s power ballad that encapsulates the 60’s hippie vipes in the melodic verses that escalate in a magnificent ambition, as if taken out of a 70’s power bell followed by an artistic guitar solo , and a Black Sabbath-inspired C-piece! Sweet Little Dreamer is a song where music, lyric and video go in the same direction!…

2018 will not be stagnant or boring for Junkyard Drive. The band has just finished their next album ‘Black Coffee‘, which is recorded in Medley Studios, with Soren Andersen as producer.

Junkyard Drive has developed a lot as a band and it can be clearly heard on the upcoming release. In addition to the new record, Junkyard Drive played in 2018 on Nordic Noise, When Copenhell Freezes Over, and not least, Junkyard Drive will play on the legendary Sweden Rock together with Judas Priest, Stone Sour and Ozzy Osbourne, this summer!

In September / October the band will set out on a tour in Denmark and in November they will support a legendary heavy metal act (soon to be announced!) on their European Tour.”