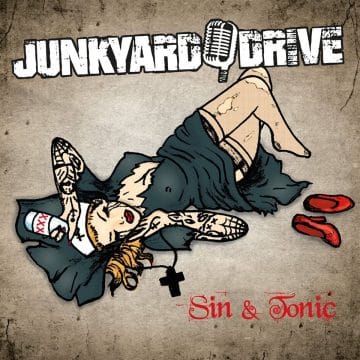 Danish sleaze rockers Junkyard Drive have released a third video in support of their debut full-length album Sin & Tonic, which was released via Mighty Music on February 17, 2017.

After the release of videos for the songs “Drama Queen” and “Geordie”, Junkyard Drive have now released a video for their song “B.A.D.”

“I need to choose my words carefully here, because although its only January, Junkyard Drive will stick with me for many months. This album is fantastic for the neo-sleaze rockers out there. Sin & Tonic certainly stacks up to 2016 favourites Tango Down, The Treatment, or Shiraz Lane. This will come in as a real contender for top 20 lists this year.”