Junkyard‘s long-time guitarist Tim Mosher was recently interviewed by Rob Loiacano for the Facebook page All Music / All Bands. 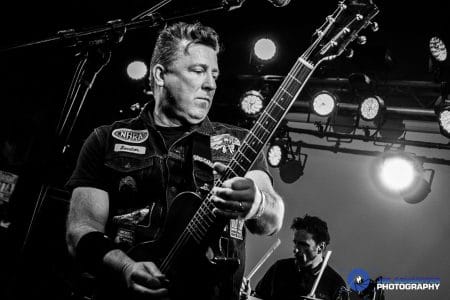 Mosher was asked if Junkyard will be working on new material anytime soon to which he replied (with slight edits): “We’ve started writing for a new record and have been playing a new song called “Lifer” in our set. It’s goes down really well and considering it’s the first time most people are hearing it , I see that as a good sign. So in fact we are going into the studio in mid February to cut it and will probably release it as a single this year.”

In terms of some of his favourite moments since joining the group, Mosher indicated: “The first one that comes to mind was when we played the Camden Underworld in London a few years back. It was of those great nights were the band is in top form and the crowd is going crazy and it’s packed and then add in the location, being in the heart of London. It’s rare to have all those kind of factors align. Hearing our song “Faded” on Underground Garage was a thrill. It was in pretty heavy rotation for a while so it felt like every time i got in the car there it was. That’s a good memory- even my kids were impressed and that’s hard to do!”

You can read the rest of the interview with Tim Mosher at All Music / All Bands‘ Facebook page.